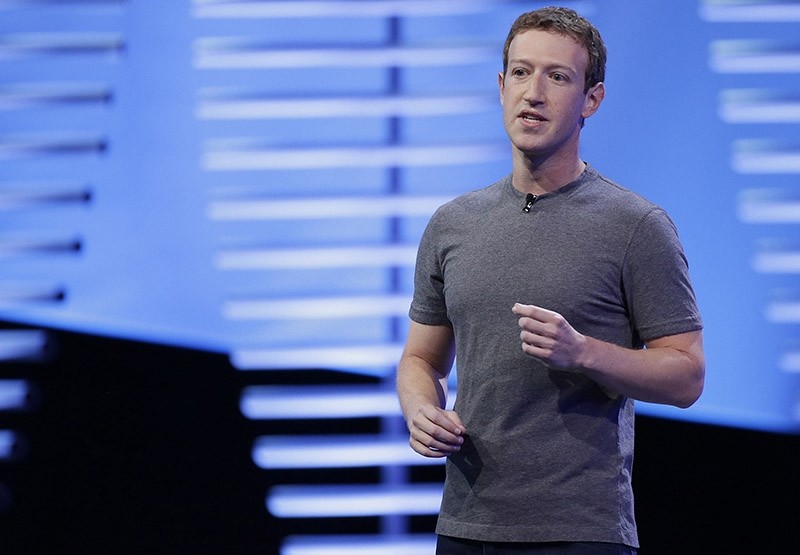 In this April 12, 2016, file photo, Facebook CEO Mark Zuckerberg speaks during the keynote address at the F8 Facebook Developer Conference in San Francisco. (AP Photo)
by Compiled from Wire Services Sep 21, 2017 12:00 am

Facebook Inc said on Thursday it plans to share with U.S. congressional investigators some 3,000 political ads that it says Russia-based operatives ran on Facebook in the months before and after last year's U.S. presidential election.

Chief Executive Mark Zuckerberg, who has been under pressure to do more to prevent the use of Facebook for election manipulation, said in a live broadcast on Facebook that he supported the investigation by the U.S. Congress.

Zuckerberg laid out nine steps that he said Facebook was taking to deter governments from using the world's largest social network to interfere with elections.

In one major change, Facebook will make political ads on the social network more transparent, so that people can see which ads are being run in connection with an election, he said.

But Zuckerberg warned that Facebook is not going to be able to catch all undesirable material before it hits its social network.

"I'm not going to sit here and tell you we're going to catch all bad content in our system. We don't check what people say before they say it, and frankly, I don't think our society shouldn't want us to," Zuckerberg said. " If you break our community standards or the law, then you're going to face consequences afterwards."

He added: "We won't catch everyone immediately, but we can make it harder to try to interfere."

Facebook General Counsel Colin Stretch said in a separate blog post that the social network does not disclose content lightly under any circumstances, but that the company wants to help protect the integrity of U.S. elections.

"We believe the public deserves a full accounting of what happened in the 2016 election," Stretch wrote.

The leaders of the Senate Intelligence Committee have been seeking to bring Facebook executives before their committee since the company first revealed the existence of the ads two weeks ago. But critics say Facebook should go further. They say the company should tell its users how they might have been influenced by outside meddlers.