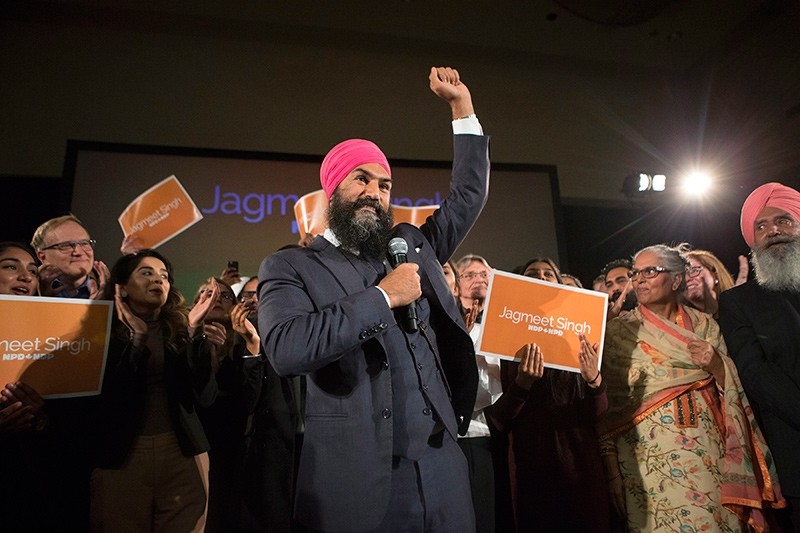 Jagmeet Singh celebrates with supporters after his first-ballot triumph in the contest for leader of the leftist New Democrat party in Toronto on Sunday, Oct. 1, 2017 (AP Photo)
by Associated Press Oct 02, 2017 12:00 am

A Sikh man became the first visible minority to claim the leadership of a federal party in Canada on Sunday.

Jagmeet Singh claimed a first-ballot triumph in the contest for leader of the leftist New Democrat party.

Singh wears a turban as is traditional for Sikhs and he recently made headlines for his calm reaction to being confronted by an angry heckler who accused him of wanting to bring Sharia law to Canada even though he is not Muslim. He asked his guests to chant "love and courage" when confronted.

The 38-year-old former lawyer will have an uphill battle when he challenges Canadian Prime Minister Justin Trudeau's governing Liberal Party in the next election. Singh's party has just 44 of the 338 seats in Parliament.

But Trudeau, 45, is now the oldest among the leaders of Canada's three major political parties. New Conservative leader Andrew Scheer is 38.