Las Vegas terrorist had no connection to Daesh, FBI says 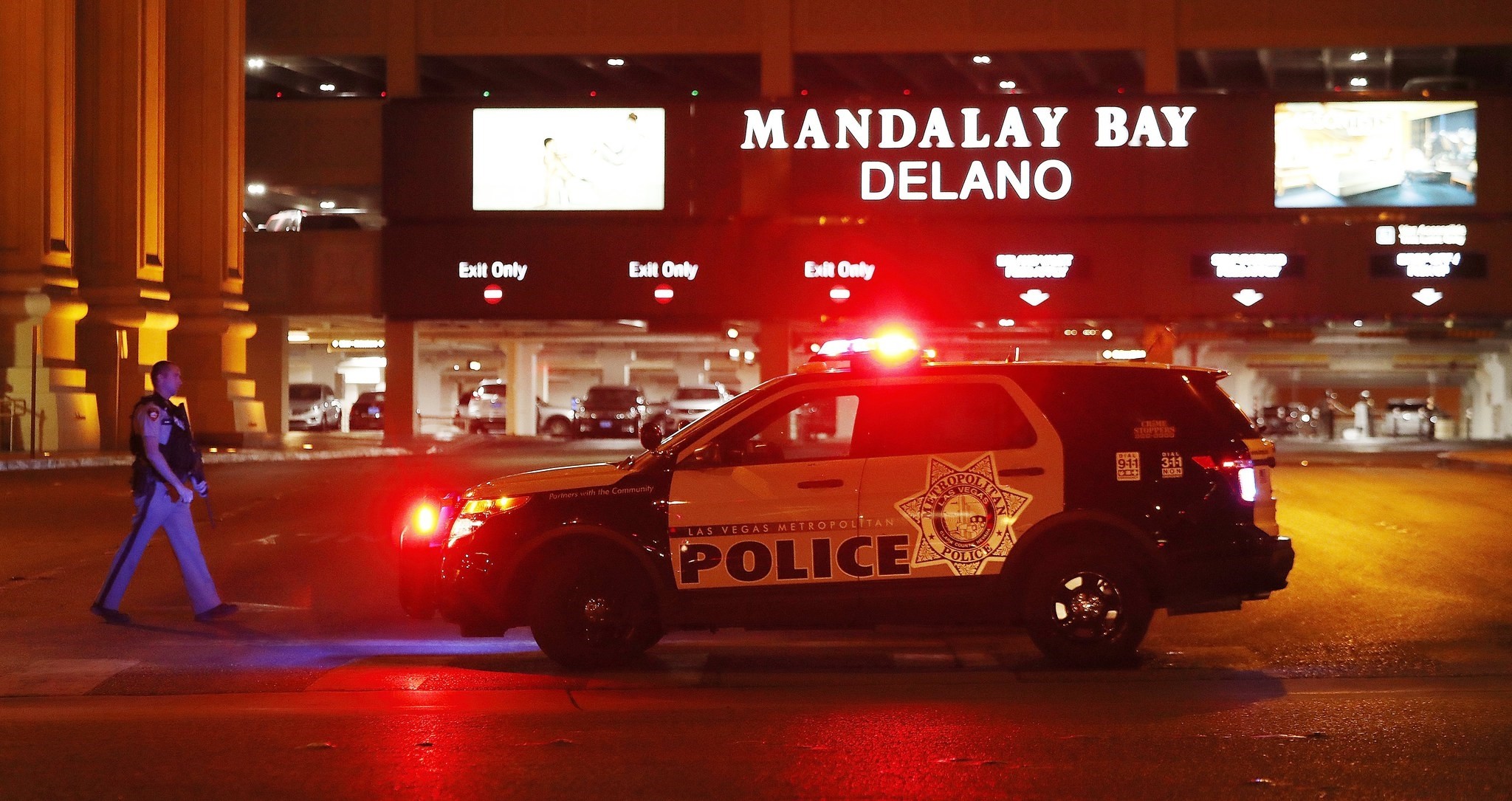 Las Vegas Metropolitan Police outside the Mandalay Bay hotel near the scene of the mass shooting at the Route 91 Harvest festival on Las Vegas Boulevard in Nevada, Oct. 2 2017. (EPA Photo)
by Compiled from Wire Services Oct 02, 2017 12:00 am

Investigators have so far found "no connection" between an international terrorist group and a mass shooting in Las Vegas that killed at least 58 people and injured more than 515, an FBI special agent said Monday.

Daesh, through its propaganda arm, had earlier claimed responsibility for the attack, claiming the shooter was a recently converted "soldier." Police said the attack was carried out by Stephen Paddock, a 64-year-old retired accountant. He killed himself after the shooting.

"As this event unfolds we have determined to this point no connection with an international terrorist group," said Aaron Rouse, the special agent in charge of the Las Vegas office of the FBI.

Officials say Paddock, wasn't on the radar of law enforcement. They think he acted alone but want to talk with his 62-year-old roommate.

The sheriff's department is leading the investigation, and Attorney General Jeff Sessions ordered support from the FBI and other federal agencies.

Officers searched the Nevada home on Monday, and authorities there and in Texas indicated there wasn't law enforcement contact with him.

Paddock's brother, Eric Paddock, who lives in Florida, told the Orlando Sentinel: "We are completely dumbfounded. We can't understand what happened."

Paddock sparked the deadliest mass shooting in modern U.S. history when he opened fire on a crowd of concertgoers from the 32nd floor of a Las Vegas hotel, killing at least 58 people and injuring hundreds more.