Trump condemns 'act of pure evil' in concert massacre, says he will travel to Las Vegas 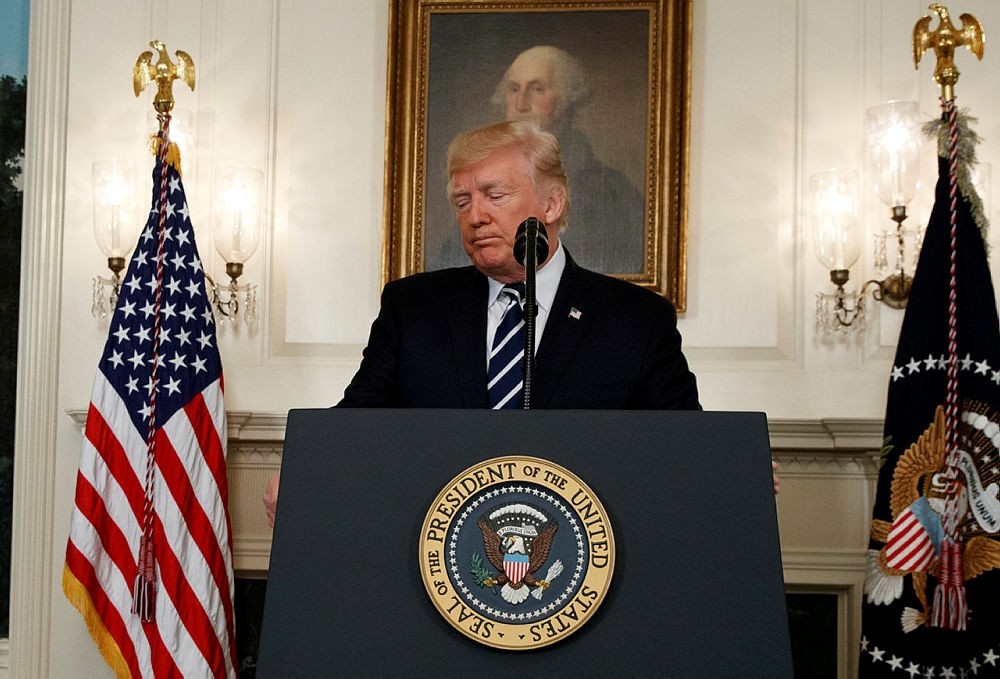 President Donald Trump makes a statement about the mass shooting in Las Vegas, Monday, Oct. 2, 2017 at the White House in Washington. (AP Photo)
by Compiled from Wire Services Oct 02, 2017 12:00 am

U.S. President Donald Trump called the Las Vegas concert massacre "an act of pure evil" in a televised address after the shooting, said he will travel to the city to meet victims' families and first responders on Wednesday.

He spoke Monday morning, hours after the shooting at a country music festival late Sunday killed at least 58 people and wounded more than 515. It is the worst mass shooting in American history.

Trump said the nation must stay unified. He said that although "feel such great anger at the senseless murder of our fellow citizens, it is our love that binds us today and always will."

He praised the efforts of police, who located the gunman on the 32nd floor of a hotel and stormed his room within minutes, and other first responders.

"The speed with which they acted is miraculous and prevented further loss of life," Trump said. "To have found the shooter so quickly after the first shots were fired is something for which we will always be thankful and grateful. It shows what true professionalism is all about."