Vegas terrorist Paddock: A retired accountant whose father was a bank robber 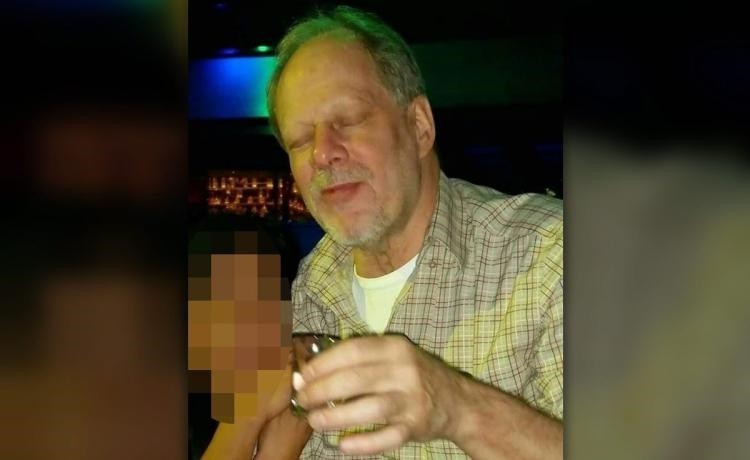 Stephen Craig Paddock, the retired accountant who was identified as Las Vegas shooter. (Source: Twitter)
by Oct 02, 2017 12:00 am

Stephen Craig Paddock, the retired accountant who smuggled an armory's worth of weapons into a swank Las Vegas hotel and mowed down concert-goers from a 32nd story window, was a high-stakes gambler whose bank-robber father was once on the FBI's most wanted list.

The 64-year-old had a home in a tranquil golf course retirement community in Mesquite, Nevada, 80 miles (130 kilometers) east of the gambling hub and, according to a brother, showed no sign he was poised to commit mass murder.

Daesh said the worst mass shooting in recent US history was perpetrated by one of its "soldiers," claiming that Paddock had converted to Islam in recent weeks and carried out the attack in its name.

But the FBI said they saw "no connection" between Paddock and international terror groups, and a stunned nation remained at a loss to understand the motive for the Sunday night massacre, which left 58 people dead and more than 500 injured.

Paddock was found dead, apparently of a self-inflicted gunshot wound, before a police SWAT team burst into his room in the Mandalay Hotel, one of Las Vegas's most recognizable landmarks.

Saying his family was in shock, Paddock's brother told US media he could not understand what motivated his elder brother.

"Where the hell did he get automatic weapons? He has no military background or anything like that," Eric Paddock told CBS News.

"He's a guy who lived in a house in Mesquite, drove down and gambled in Las Vegas. He did stuff. Eat burritos."

"It's like an asteroid just fell on top of our family," he told the Las Vegas Review-Journal in a separate interview. "We have no idea how this happened."

But Eric Paddock also told the Washington Post that his brother was a regular player of high-stakes video poker. "He sends me a text that says he won $250,000 at the casino," he said.

The brothers grew up in a broken home, according to Eric Paddock. Their father, Patrick Benjamin Paddock, was a violent bank robber jailed in the early 1960s for a series of heists.

He escaped prison in 1968, landing on the FBI's "10 most wanted" list, which described him as "extremely dangerous" and "psychopathic."

"I was born on the run," Eric Paddock told the Post.

The gunman, who photographs showed as greying with a trimmed beard and mustache, was a former accountant and a licensed pilot with no criminal record, according to ABC News.

He also had a hunting license for Alaska, though it is not clear if or when he used it.

At least 10 weapons, including a number of long rifles, were recovered in his hotel room. Police found more weapons inside the Mesquite home, a newly-built house on a cul-de-sac in a new, quiet neighborhood focused on sun-belt retirees.

Security officials said Paddock appeared to have been working alone, and his brother told US media he was not attached to any political or religious groups.

Police said he owned two properties in Nevada, the home in Mesquite and another in Reno.

At both he was seen with a regular companion identified as Marilou Danley, an 62-year-old Asian woman who was out of the country at the time of the shooting and who is in contact with US investigators.