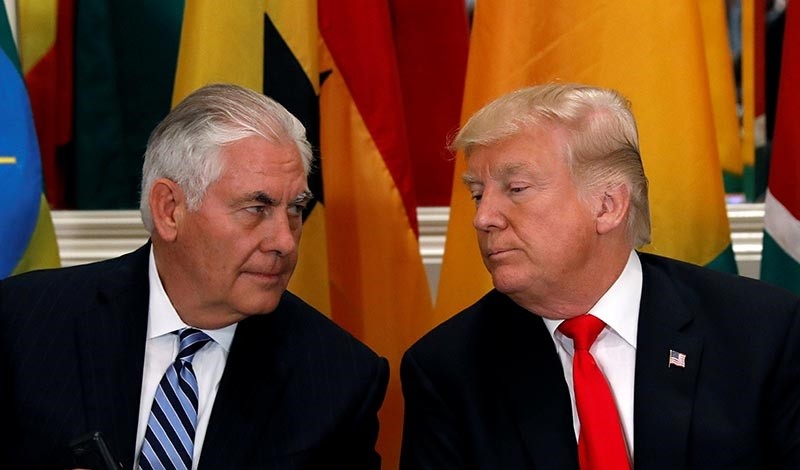 U.S. President Donald Trump and Secretary of State Rex Tillerson confer during a working lunch with African leaders during the U.N. General Assembly in New York, U.S. on September 20, 2017 (Reuters Photo)
by Associated Press Oct 04, 2017 12:00 am

Her denial came after Tillerson himself declined an opportunity to refute a news report that he used the word to describe Trump after a Pentagon meeting in July.

Nauert said Tillerson had told her that he did not make the comment and she took him at his word.

Asked about an NBC News report that he had called Trump "a moron," Tillerson had earlier told a reporter that he did not want to comment on "petty stuff."