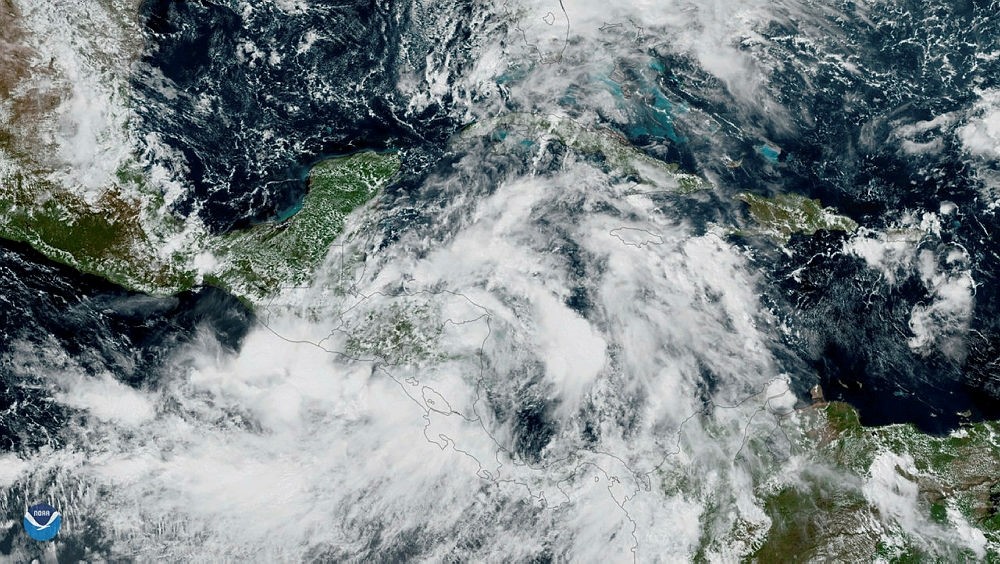 US Gulf Coast residents scrambled with last-minute preparations ahead of Hurricane Nate, expected to make landfall late Saturday as a Category Two storm after unleashing deadly flooding in Central America.

President Donald Trump said that federal officials were prepared for the storm and urged residents of the states of Louisiana, Mississippi, Alabama and Florida on Twitter to "listen to your local authorities & be safe!"

New Orleans, which was ravaged by deadly Hurricane Katrina in 2005, and other US Gulf Coast cities were under a hurricane warning.

Nate's center was located 180 miles (290 kilometers) south-southeast of the mouth of the Mississippi River, with winds swirling at 90 miles per hour, the US National Hurricane Center (NHC) said at 11:00 am (1500 GMT).

The storm, a strong and growing Category One hurricane on the five-level Saffir-Simpson scale, was moving toward the northwest rapidly at 26 miles per hour and is forecast to hit the Gulf Coast with winds of at least 96 miles per hour, the NHC said.

"The combination of a dangerous storm surge and the tide will cause normally dry areas near the coast to be flooded by rising waters moving inland from the shoreline," the NHC warned.

New Orleans issued a mandatory curfew for Saturday from 6:00 pm, and mandatory and voluntary evacuation orders were issued for certain low-lying areas.

Swells expected to affect the northwestern Caribbean over the weekend "are likely to cause life-threatening surf and rip current conditions," the US forecasters said.

At least 28 people were killed and more than 30 people were missing across Central America after Nate struck the region Thursday and Friday.

Intense rains forced thousands from their homes, uprooting trees, knocking out bridges and turning roads into rivers across a swath of the region.

In Mexico, authorities declared an orange alert for the northern half of Quintana Roo state on the Yucatan Peninsula.

In Nicaragua, where authorities say 13 people died, Bonavide Velazquez, 60, was evacuated from her home in the south. "We were drowning," she said. "Thank God (emergency workers) helped us. The river swelled so much it swept away our house, our pigs, our chickens -- it swept away everything."

Costa Rica, where a national emergency was declared, put its death toll at 10, including a three-year-old girl. Most were victims of falling trees or mudslides.

Authorities warned that crocodiles might be roaming after rivers and estuaries flooded.

Three other people were killed in Honduras, and two in El Salvador.

As New Orleans braced for yet another powerful hurricane, Mayor Mitch Landrieu said that "our greatest threat... is not necessarily rain, but strong winds and storm surge."

Unlike Hurricane Harvey, which dumped record amounts of rain as it hovered over neighboring Texas for a week, fast-moving Nate was expected to pass through quickly along a northerly path.

"Anyone in low-lying areas... we are urging them to prepare now," he said.

In neighboring Mississippi, lines formed at gas stations in areas along the potential path of the storm.

Some oil and gas rigs in the Gulf of Mexico were evacuated ahead of the storm.

The United States is recovering from two major hurricanes: Harvey, which tore through Texas and then Louisiana in August, and Irma, which slammed Florida in September.

Another powerful storm, Hurricane Maria, ripped through the Caribbean in late September, devastating several islands, including Dominica and Puerto Rico.

Central America, the Caribbean, Mexico and parts of the United States experience an Atlantic hurricane season every year that runs from June to November.