Terror attacks in US more likely to involve firearms than elsewhere 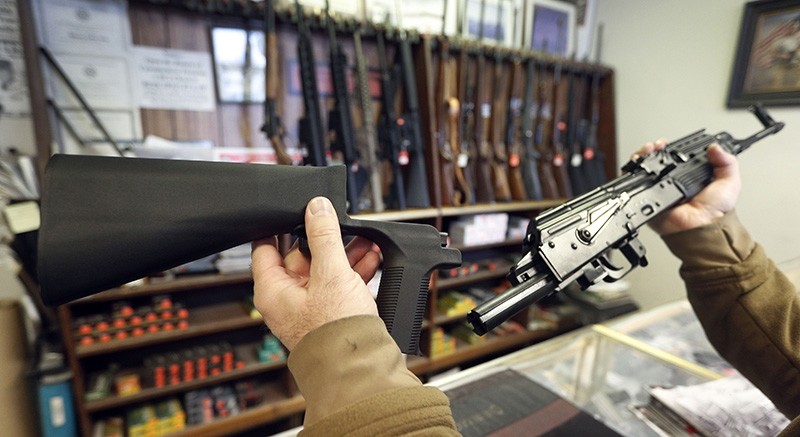 Terrorist attacks are much more likely to involve firearms in the U.S. than in many other high-income industrialized countries, a new study suggests.

Researchers examined data on 2,817 terrorist attacks in the United States, Canada, Western Europe, Australia and New Zealand from 2002 to 2016.

Nearly all of the countries with attacks had at least 10 incidents. Among these countries, the U.S. had the highest proportion of attacks involving guns, at 20 percent, followed by the Netherlands at 14 percent.

"The overall burden of firearm violence is much greater in the United States compared to other high-income countries," said lead study author Dr. Robert Tessler of the Harborview Injury Prevention and Research Center and the University of Washington School of Medicine in Seattle.

"Our findings indicate that terrorist attacks involving firearms are deadlier compared to attacks with other weapons, regardless of the country," Tessler said by email.

For the study, researchers examined records from the Global Terrorism Database, which collects information on the location of attacks, the types of weapons used and the number of fatalities.

The database defines a terrorist attack as the "use of illegal force and violence by a non-state actor to attain a political, economic, religious or social goal through fear, coercion or intimidation," researchers note in JAMA Internal Medicine.

During the study period, there were a total of 1,031 fatalities from terrorist attacks. About 55 percent of the deaths were attributed to firearms.

Roughly half of the attacks involved explosives, while 36 percent used incendiary weapons that deploy heat and fire, the study found. Roughly 9 percent involved guns and about 5 percent involved vehicles in crowded places.

The study didn't examine how local or national gun laws influenced the odds of firearms being deployed in attacks.

But the findings add to the large and growing body of evidence linking gun availability to firearm-related fatalities and should push the U.S. to consider stricter gun laws, Tessler said.

The U.S. is particularly vulnerable to gun violence because of weak regulations paired with more than 300 million firearms in circulation, said Aaron Kivisto, a clinical and forensic psychology researcher at the University of Indianapolis who wasn't involved in the study.

"It's not difficult for someone who wants to do harm to large numbers of people to obtain a gun and do so very efficiently," Kivisto said by email.

"In countries without the abundance and ready access to guns, we see perpetrators resorting to what's available," Kivisto added. "While knives, automobiles and explosives can inflict significant harm, this study's findings reinforce what we know - which is that guns provide one of the most efficient means of killing large numbers of people."