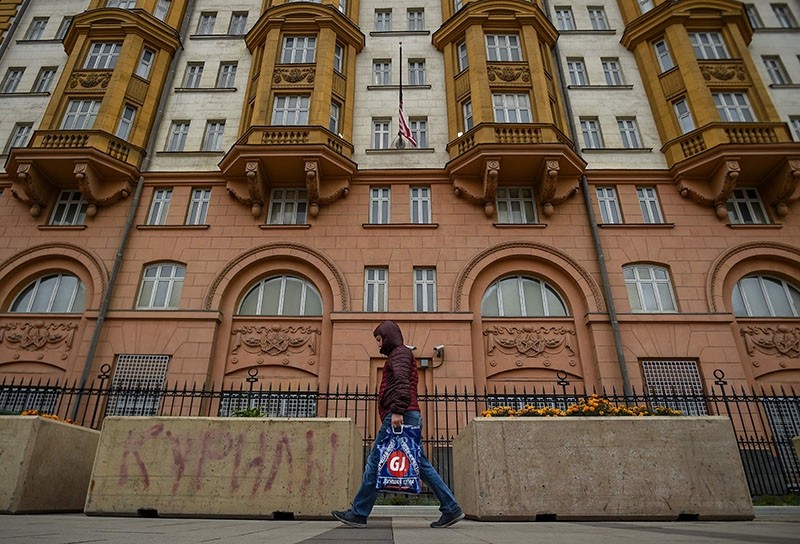 Russia does not rule out ordering the United States to cut its diplomatic staff in Russia to 300 people or fewer, RIA news agency quoted senior Foreign Ministry official Georgy Borisenko as saying Wednesday.

In July, Moscow told the United States to slash the number of its diplomatic and technical staff working in Russia by around 60 percent, to 455, in a further sign of souring relations.

The figure of 455 was meant to mirror the total number of Russian diplomats working in the United States, but also included Russian nationals working at the United Nations in New York, Borisenko, head of the Foreign Ministry's North America Department, told RIA.

"The fact that in the summer we took into account the people working for Russia's mission at the U.N., this was goodwill," Borisenko said.

"If they haven't appreciated this, we have the full right to reduce ... the number of U.S. diplomats," he said, adding that Moscow could stop taking Russian U.N. staff into account when calculating what parity between the two countries meant.

"In this case, the number of American personnel in Russia should decline to a level of 300 or below."

A spokeswoman for the U.S. Embassy in Moscow said Washington hoped that complying with the Russian requirements would mean both countries could stop trading retaliatory measures, RIA later reported.

"The deterioration of relations does not serve the interests of either side. We hope that the downward trend in relations has come to an end," RIA quoted embassy spokeswoman Maria Olson as saying.