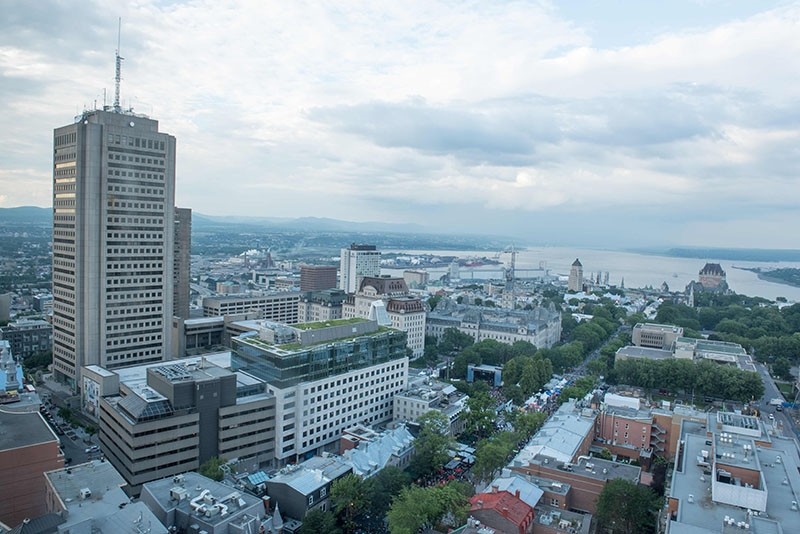 A Canadian passenger plane landed safely after it was hit by a drone in the first case of its kind in the country, a cabinet minister said on October 15, 2017 (AFP Photo)
by Compiled from Wire Services Oct 15, 2017 12:00 am

A drone hit an airplane landing at a Quebec City airport this week, the first time an unmanned flying object has collided with commercial aircraft in Canada, Transport Minister Marc Garneau said Sunday.

"This is the first time a drone has hit a commercial aircraft in Canada and I am extremely relieved that the aircraft only sustained minor damage and was able to land safely," said the minister, a former astronaut.

The aircraft, carrying six passengers and two crew, was struck on its right wing at an altitude of about 500 yards (450 meters) and roughly two miles (three kilometers) from the airport, according to Le Journal de Quebec newspaper.

Drones are not allowed within 5.5 km (3.4 miles) of Canadian airports, helipads and seaplane bases. Operators who put aircraft at risk face steep fines and jail time under Canadian law.

Drone usage has soared in North America, Europe and China, raising privacy concerns and fears of collisions with commercial jets, and prompting the United Nations' aviation agency to back the creation of a single global drone registry.

There have been 1,596 drone incidents reported to Transport Canada so far this year, with 131 of them deemed to be aviation safety concerns.

In November 2016, a Canadian airliner with 54 passengers on board had to swerve to avoid an unmanned flying object near Toronto, slightly injuring two cabin crew.