Venezuelans go to polls in tight race between Maduro and opposition 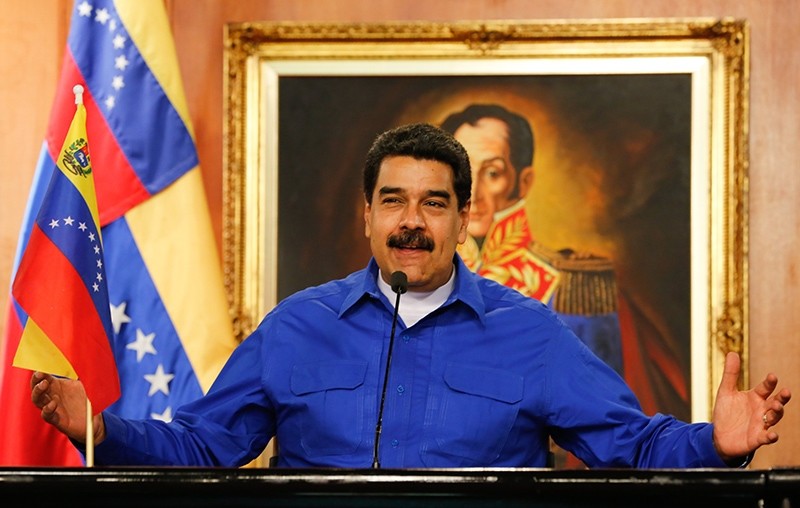 Venezuelans head to the ballot box Sunday in regional elections that could tilt a majority of the states' 23 governorships back into opposition control for the first time in nearly two decades of socialist party rule.

The election will be watched closely as an indicator of how much support President Nicolas Maduro and the socialist movement founded by his predecessor, the late Hugo Chavez, maintain. Governors' offices have become bastions of support for Maduro and losing them would be a blow to the ruling party.

Anti-government candidates are projected in polls to win more than half the races up for grabs, but whether they succeed will depend heavily on their ability to motivate disenchanted voters.

In the aftermath of the protests that led to 125 deaths and thousands of arrests, many opposition supporters have grown discouraged about the possibility of change. Others are upset at leaders they see as disorganized and unable to decide on a strategy to loosen Maduro's grip on power.

"We are going to the governor's office to take care of the problems in Miranda (state)," Hector Rodriguez, the socialist candidate in the nation's second-largest state, said at a recent campaign appearance. "So that the future of our children is safer, more dignified and more joyous."

Whoever takes office will have a full slate of problems to tackle. Analysts project inflation, already in triple digits, could surpass 1,000 percent this year. Cash shortages have Venezuelans forming long lines at banks several times a week to take out measly sums that rarely add up to more than a few dollars. Medicine and food shortages are endemic.

Days before the vote, electoral authorities announced that 203 polling stations, many in opposition strongholds, were being moved. The National Electoral Council said the relocations were due to security reasons, but opposition leaders contended it was another attempt to create confusion and prevent people from voting.

The July election of a constitutional assembly with the power to override all other government branches was marred when a voting software company accused officials of manipulating turnout figures. The opposition boycotted that vote and had no monitors at voting centers, but this time is expected to have representatives on hand to assess vote reports.