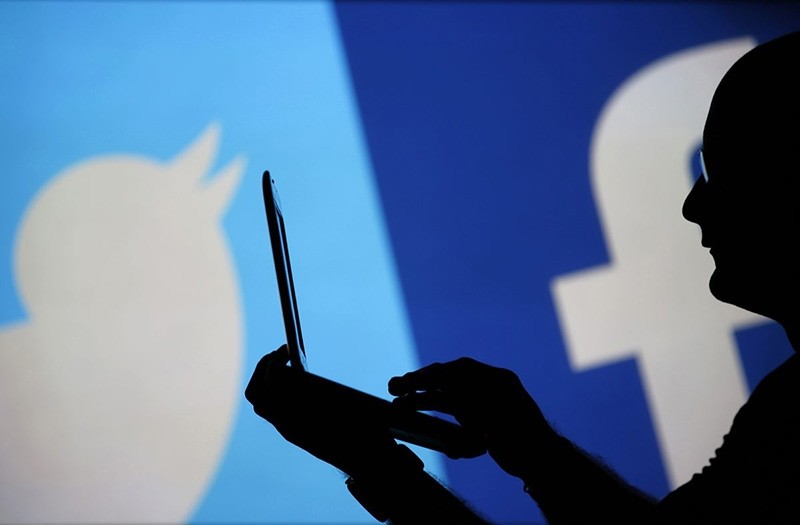 A man is silhouetted against a video screen with a Twitter and a Facebook logo as he poses with an Dell laptop in this photo illustration taken in the central Bosnian town of Zenica, August 14, 2013. (Reuters Photo)
by Oct 19, 2017 12:00 am

Facebook Inc and Twitter Inc will send their general counsels to testify on Nov. 1 before two Congressional panels investigating possible Russian meddling in the 2016 U.S. election, the companies said on Thursday.

An executive from Alphabet Inc's Google unit also is expected to appear at public hearings before the House and Senate intelligence committees, but the company has not yet said who will testify. A Google spokeswoman said on Thursday there was no update from the company.

Some U.S. lawmakers, increasingly alarmed over evidence that hackers used the internet to spread fake news and otherwise influence last year's election, have been pushing for more information about social networks.

In the U.S. Senate, Republican John McCain and Democrats Amy Klobuchar and Mark Warner planned to introduce legislation on Thursday that would impose new disclosure requirements on political ads that run on Facebook and other websites.

The Senate and House intelligence committees are two of the main congressional panels probing allegations that Russia sought to interfere in the U.S. election to boost Republican President Donald Trump's chances of winning, and possible collusion between Trump associates and Russia.

Moscow has denied the allegations, and Trump has repeatedly dismissed any accusations of collusion.