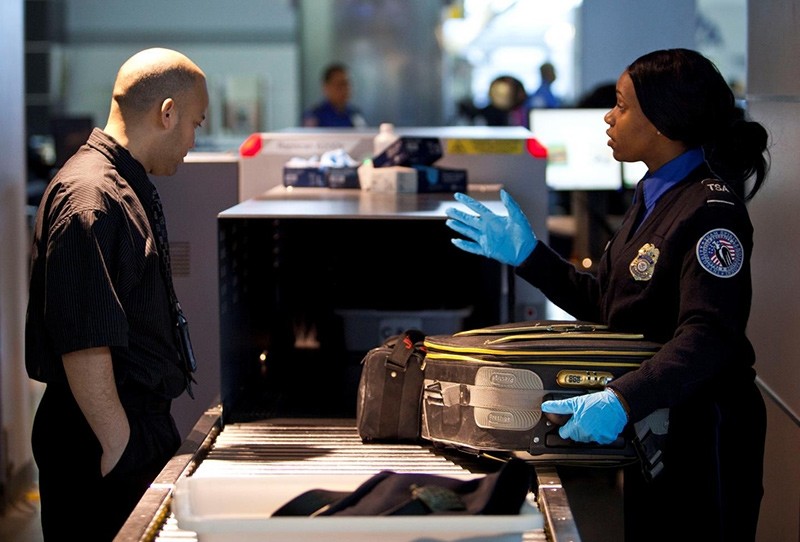 The U.S. is asking the world's airlines to institute a ban on personal electronics in checked luggage, citing a fire risk, according to a report published Thursday.

The Federal Aviation Administration (FAA) made the request in a recent filing with the U.N.'s International Civil Aviation Organization (ICAO), according to the Associated Press.

The U.N. agency, the International Civil Aviation Organization, sets global aviation safety standards, although member countries must still ratify them. The proposed ban is on the agenda of a meeting of ICAO's panel on dangerous goods being held this week and next week in Montreal.

The FAA has conducted 10 tests involving a fully-charged laptop packed in a suitcase. A heater was placed against the laptop's battery to force it into "thermal runaway," a condition in which the battery's temperature continually rises.

In one test, an 8-ounce aerosol can of dry shampoo —which is permitted in checked baggage — was strapped to the laptop. There was a fire almost immediately and it grew rapidly. The aerosol can exploded within 40 seconds.

The test showed that because of the rapid progression of the fire, Halon gas fire suppressant systems used in airline cargo compartments would be unable to put out the fire before there was an explosion, the FAA said. The explosion might not be strong enough to structurally damage the plane, but it could damage the cargo compartment and allow the Halon to escape, the agency said. Then there would be nothing to prevent the fire from spreading.

Other tests of laptop batteries packed with potentially dangerous consumer goods that are permitted in checked baggage like nail polish remover, hand sanitizer and rubbing alcohol also resulted in large fires, although no explosions.

As a result, the paper recommends that passengers shouldn't be allowed to pack large electronic devices in baggage unless they have specific approval from the airline. The paper says the European Safety Agency, the FAA's counterpart in Europe; Airbus, one of the world's largest makers of passenger airliners; the International Federation of Airline Pilots' Association, and the International Coordinating Council of Aerospace Industries Association, which represents aircraft makers, concurred in the recommendation.

The paper doesn't address whether the ban should extend to domestic flights, but points out the risk that baggage containing a large electronic device could be transferred from one flight to another without the knowledge of the airline. The FAA said it believes most devices larger than a smartphone are already being carried by passengers into the cabin, rather than put in checked bags.

Rechargeable lithium batteries are used in consumer products ranging from cellphones and laptops to electric cars. Manufacturers like them because they pack more energy into smaller packages, but the batteries can self-ignite if they have a manufacturing flaw, are damaged, exposed to excessive heat, overcharged or packed too closely together. The fires can burn up to 1,100 degrees Fahrenheit, close to the melting point of the aluminum used in aircraft construction.

Since 2006, three cargo jets have been destroyed and four pilots killed by in-flight fires that investigators say were either started by batteries or made more severe by their proximity.

Earlier this year, the U.S. imposed a ban on laptops in the cabins of planes coming into the country from 10 Middle Eastern airports for security reasons. The ban was fully lifted in July after U.S. officials said airports in the region had taken other steps to increase security.

The Pipeline and Hazardous Materials Safety Administration formerly led the U.S. negotiations on the regulation of dangerous goods at ICAO meetings. But the Obama administration put the FAA in charge in 2009 after congressional Democrats accused high-level officials at PHMSA of being too cozy with the industries they regulate.

DeFazio called the decision "inexplicable" in a letter to Chao.

"I strongly believe it has the potential to put the lives of airline passengers and crews at serious risk," he said.

Chao didn't immediately respond to a request for comment. Lobbyists for lithium battery makers and companies that use the batteries in their products have previously urged the change.