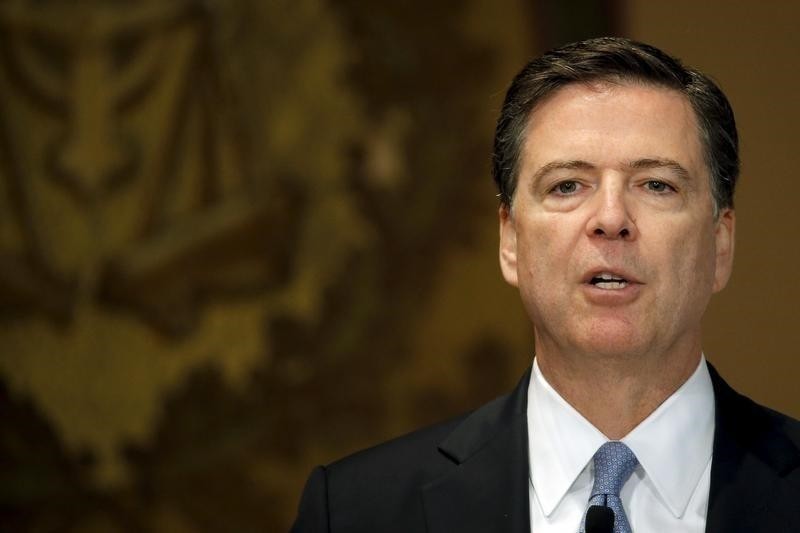 Former FBI director James Comey, who was abruptly fired by US President Donald Trump in May, revealed himself on Monday to be the owner of a mysterious Twitter account.

Speculation had been rife for months that Comey was behind the account named after 20th century American theologian Reinhold Niebuhr.

Comey confirmed it on Monday by tweeting a picture of himself standing on a road staring into the distance.

The picture was accompanied by a tweet which said: "Goodbye Iowa. On the road home. Gotta get back to writing. Will try to tweet in useful ways."

Goodbye Iowa. On the road home. Gotta get back to writing. Will try to tweet in useful ways. pic.twitter.com/DCbu3Yvqt3

In another tweet, Comey posted a picture of the Civil War battlefield at Gettysburg, Pennsylvania, and mused: "Good place to think about leadership and values."

That Comey was behind the account was originally posited earlier this year by technology website Gizmodo, which cited a number of clues including the fact that Niebuhr was the subject of Comey's college undergraduate thesis.

The account originally had the handle @projectexile7 but has been renamed @FormerBu -- presumably for former bureau as in Federal Bureau of Investigation.

Comey has maintained a relatively low public profile since being dismissed as FBI chief, a move which came amid an FBI probe into whether any members of Trump's 2016 White House campaign colluded with Russia.

A special counsel has since been appointed to look into the allegations, which have been denied by the president.

Comey's presence in Iowa sparked speculation that the former FBI director may have presidential aspirations in 2020.

Iowa is traditionally the site of the first party voting to choose presidential candidates.

An Iowa newspaper, The Des Moines Register, shot down the speculation, however, reporting that Comey was in the state to celebrate the 90th birthday of his father-in-law.