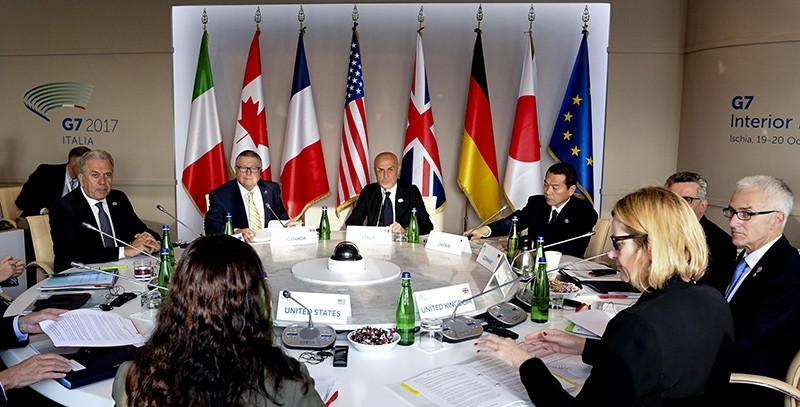 Canada said Monday it wants to take "joint steps" with the U.S. to fight illegal immigration across their shared border.

Canada is concerned that some American embassies are issuing travel permits to the United States but that the only intention of the visitors is to get across the border into Canada, Goodale said.

"We have asked them (the U.S.) to go back upstream and examine the pattern of these travel documents being issued and how come the people to whom they were issued appear to have no intention of staying in the United States but were simply using the documents as vehicles to get into the United States and then make a beeline for the Canadian border," Goodale said in an interview with the Canadian Broadcasting Corporation Sunday.

Goodale asked Duke for the U.S. to alert Canada when policy decisions were about to be announced that would cause people to leave the U.S. and cross into Canada.

For example, this past summer, the U.S. announced it would not be extending the stay of Haitians who had been granted temporary sanctuary after the 2010 hurricane that stuck the island.

The result was that thousands crossed the border illegally into Canada, where they can apply to stay as asylum seekers.

Also at the G-7 summit, Goodale also said the ministers discussed at great length what to do to fight extremism, with an emphasis on citizens who had left Western countries to fight for Daesh.

"What happens to the foreign fighters, the people who have come from various Western countries to fight in Syria and Iraq, and now if the battlefield activity is winding down, where do they go and what do they do?" he said.

Goodale said security agencies would have to keep track of the returnees and determine the risks they pose.