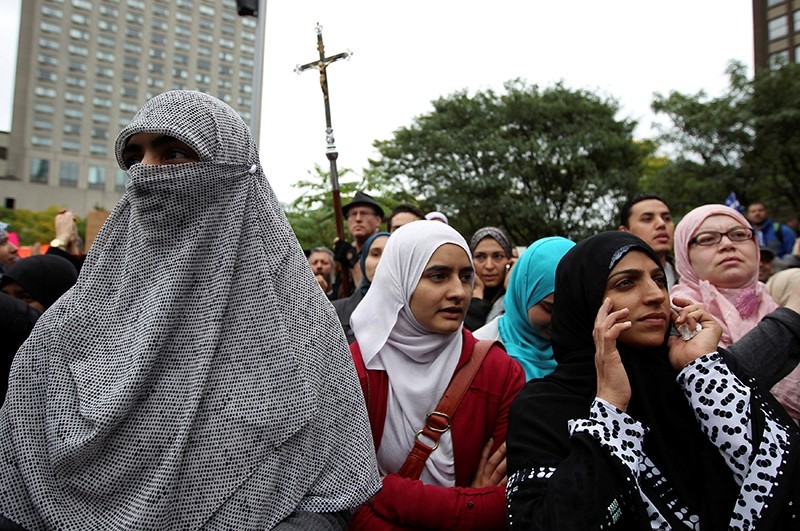 Quebec has bowed to pressure over its new face-covering law, with changes announced Tuesday at a news conference.

The law initially passed by the province's National Assembly required all face coverings to be removed by anyone wishing to access public services.

Critics charged the new law targeted Muslim women who would be required to remove their niqabs or burkas while, for instance, riding on a bus.

People affected by the law would include public-sector employees such as teachers, police officers, hospital and daycare workers and those dealing with them.

Vallee said women would have to remove their veils when necessary for identification but not for the entirety of a transit ride or other public service. She said no-one would be denied emergency medical care, even if they refused to unveil.

"These are common-sense rules," Vallee told reporters in Quebec City.

Vallee's remarks come amid continuing protests against the law, including from Muslim groups and rights advocates. Canadian Prime Minister Justin Trudeau has said the government has no place dictating what women wear but stopped short of saying Ottawa would challenge the law.

Vallee said those who refused to uncover their faces for religious reasons can apply for accommodation on religious grounds, although it was not immediately clear what that would entail.

Right-wing extremist groups and some local French-speaking media in recent years have targeted Quebec's Muslims as part of a broader debate on the accommodation of religious and cultural minorities in the province.

Incidents of Islamophobia have increased in Quebec in recent years. In January, six people were killed in a shooting at a Quebec City mosque. A French-Canadian university student has been charged as the sole suspect. (Reporting By Nelson Wyatt in Montreal; Editing by Chris Reese)