US nuclear arsenal modernization to cost $1.2 trillion over next 30 years 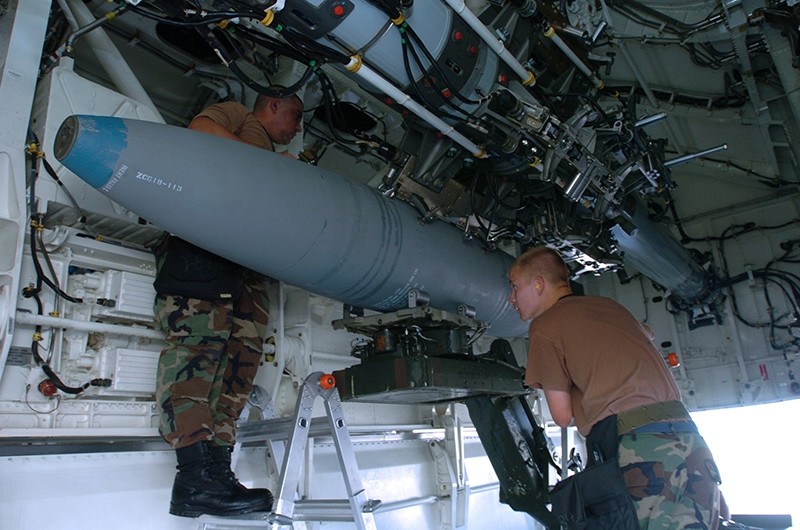 The Congressional Budget Office on Tuesday put a $1.2 trillion price tag on a long-term plan to modernize the U.S. nuclear arsenal that President Donald Trump inherited from the Obama administration.

The costs will accumulate over the next 30 years as existing weapons now considered outdated are replaced, according to the budget office, which projected the expenses will crowd out conventional weapons programs unless the Pentagon's budget is increased substantially.

Trump pledged during the presidential campaign to overhaul the nuclear arsenal. He pressed ahead after taking office with an Obama-era strategy to develop, build and field new submarines armed with nuclear missiles; new nuclear-capable bomber aircraft; and a new fleet of land-based intercontinental ballistic missiles. Also in the works is an upgrade of communications systems that enable the president and the Pentagon to command and control the atomic arsenal.

U.S. military spending is currently constrained by a 2011 law that caps the annual budgets of federal agencies at predetermined levels. Lawmakers have fashioned temporary measures to get around the thresholds and boost the Pentagon's budget above the capped amount, but never to the consistent levels senior military leaders say they need.

Rep. Adam Smith of Washington, the top Democrat on the House Armed Services Committee, said in a statement that the numbers projected by CBO are sobering.

"Congress still doesn't seem to have any answers as to how we will pay for this effort, or what the trade-offs with other national security efforts will be if we maintain an arsenal of over 4,000 nuclear weapons and expand our capacity to produce more," said Smith, who along with Rep. Pete Visclosky, D-Ind., asked for the report.

An in-depth review of the U.S. nuclear force and the strategies and polices that underpin it has been underway since April. The study, ordered by Trump and known as a nuclear "posture" review, is unlikely to be completed and made public before the end of the year. But the review already is steering away from any major buildup in the size of the arsenal, officials familiar with the discussions said earlier this month.

Instead, the focus is on maintaining the basic shape of a modernization plan Trump took over, with possible adjustments, and on ways to reverse a long decline in the Energy Department's ability to build and sustain nuclear warheads.

The CBO report listed a series of options that could generate savings of between $27 billion and $139 billion. One option called for delaying the new ICBM, the next-generation nuclear-capable bomber called the B-21 Raider, and new interoperable warheads that can be used in land and sea-based missiles. Another option would maintain the nuclear triad but with fewer ICBMs and missile-carrying nuclear submarines than planned.

The Arms Control Association said in a statement that the CBO report undercuts the Pentagon's claim there are no credible cost-cutting alternatives to its plan for building and maintaining a larger nuclear arsenal than it needs. The group also noted that if inflation is factored in, the 30-year cost will exceed $1.5 trillion.

"The stark reality underlined by CBO is that unless the U.S. government finds a pot of gold at the end of the rainbow, the nuclear weapons spending plan inherited by the Trump administration will pose a crushing affordability problem," said Kingston Reif, the Arms Control Association's director for disarmament and threat reduction policy.