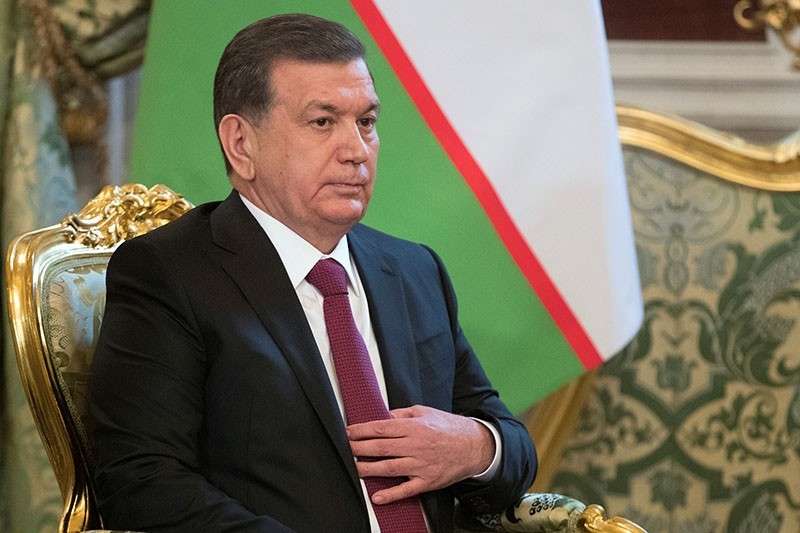 Uzbekistan's President Shavkat Mirziyoyev offered to help U.S. authorities in the investigation of the terror attack in New York, whose suspect is an Uzbek national. (Reuters Photo)
by French Press Agency - AFP
Nov 01, 2017 12:00 am

The president of Uzbekistan offered Wednesday to help U.S. authorities in the investigation of the attack in New York where a truck driver, reportedly an Uzbek national, mowed down pedestrians, killing eight.

"Uzbekistan is ready to use all forces and resources to help in the investigation of this act of terror," President Shavkat Mirziyoyev said, offering condolences to U.S. President Donald Trump in a statement on the foreign ministry's website.

A pickup driver Tuesday ran over cyclists and pedestrians before striking a school bus in the city's first deadly attack blamed on terror since September 11, 2001.

Television networks identified the 29-year-old perpetrator as an Uzbek citizen living in Florida. President Trump denounced him as "very sick" and "deranged."

Mirziyoyev's statement did not officially confirm the identity or nationality of the attacker.

"We condemn any forms and manifestations of extremism and terrorism," he said. "This merciless and very cruel crime cannot have any justification."

Uzbekistan, a poor majority-Muslim former Soviet state in Central Asia, has become a source of recruits for Daesh and other militant terrorist groups, along with other Central Asian countries.

The International Crisis Group estimated this year that between 2,000 and 4,000 militants from Central Asia may have signed up under the banner of Daesh.