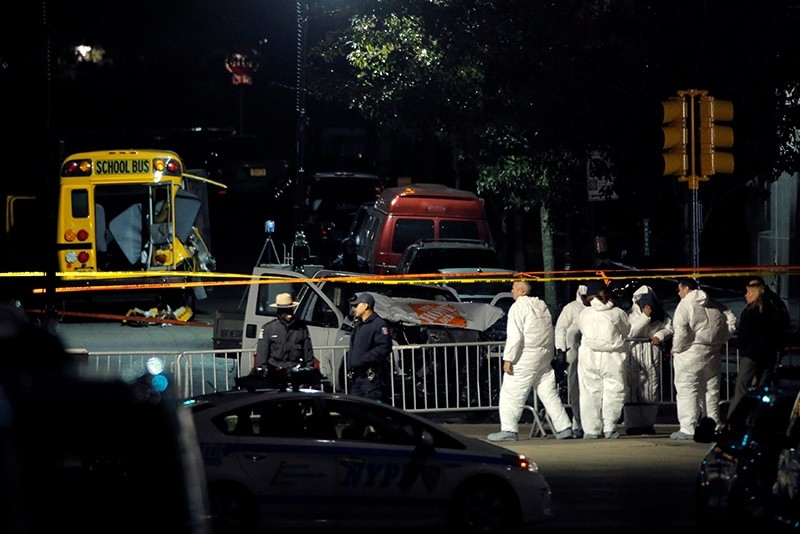 A man driving a pickup truck mowed down pedestrians and cyclists in Manhattan on Tuesday, in what is being described as the deadliest attack on New York since the events of September 11, 2001.

On Tuesday afternoon at around 3 pm (1900 GMT) a man drove a rented pickup truck along a cycle path in south-west Manhattan, running over and hitting many people. He eventually collided with a school bus directly in front of a school and not far from the World Trade Centre.

The driver got out of the vehicle brandishing what were initially thought to be two handguns and which later turned out to be a paintball gun and a pellet gun. A police officer shot him in the stomach, and he was arrested and taken to hospital where he was later reported to have survived surgery. Authorities said the attack was a "cowardly act of terror."

The suspected driver of the truck has been identified as a 29-year-old man by authorities. US media reported that he was an Uzbek immigrant who had been living in Tampa, Florida.

Six people died at the scene and two people died later in hospital. Argentina confirmed that five of its citizens died in the attack, while a Belgian was also among the dead. The Argentine victims were from the city of Rosario, and were visiting New York for a school reunion, the Foreign Ministry said.

Another 11 people, including an Argentinian, were treated in hospital for their injuries. They were in a serious, but not life-threatening, condition.

The Argentinians were part of a group of friends who had been celebrating the 30th anniversary of their graduation from school, hailing from the city of Rosario.

WHAT WE DON'T KNOW

Though US officials have confirmed the identity of the suspect, his immediate background remains unknown. The New York Times reported that he came to the US in 2010 and had a green card that allowed permanent legal residence, but this has not been officially confirmed.

It is not yet clear why the suspect carried out the attack. US media reported that a note in Arabic had been found nearby, which indicated a connection with the Daesh terrorist group, though this also has yet to be confirmed officially by the authorities.