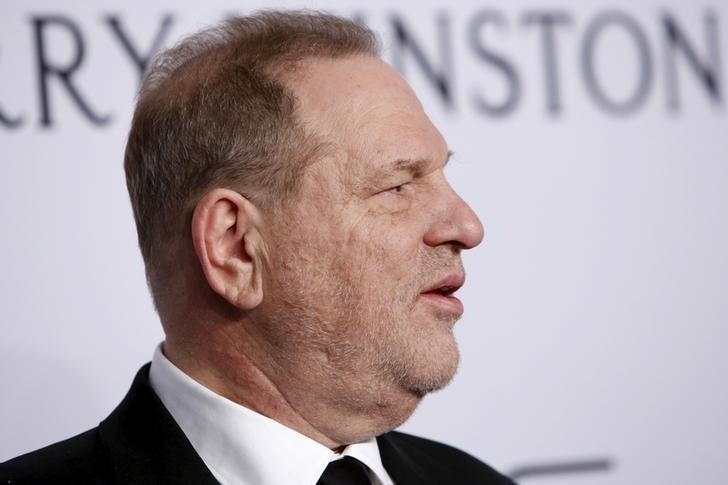 Chief of Detectives Robert Boyce said Friday that investigators have interviewed actress Paz de la Huerta, who publicly accused Weinstein of raping her twice in her apartment in 2010.

The factors that made her story credible included: "The ability to articulate each and every minute of the crime, where she was, where they met, where this happened and what he did," he said.

An email message sent to Weinstein representative Sallie Hofmeister was not immediately returned.

De la Huerta told CBS News that the first rape occurred in October 2010 after Weinstein gave her a ride home from a party, insisted on having a drink in her apartment and forced himself on her. She said the second rape occurred in December 2010 after Weinstein came to her apartment. She had been drinking and was not in a condition to give consent, CBS reported the actress said.

Speaking at a police briefing, Boyce said of Weinstein: "If this person was still in new York, and it was recent, we'd go right away and make the arrest. No doubt. But we're talking about a 7-year-old case. And we have to move forward gathering evidence first."

Investigators could seek an arrest warrant, which requires a court order, or hand the evidence over to prosecutors to put the allegations to a grand jury to seek an indictment.

The Manhattan district attorney's office said a senior prosecutor has been assigned to investigate allegations but didn't comment further.

The Associated Press does not typically identify people who say they are victims of sexual assault unless they speak publicly, which de la Huerta has done.

The investigation comes a month after The New York Times published an expose of sexual harassment allegations against Weinstein, leading to his firing from the company he co-founded and his expulsion from the organization that bestows the Academy Awards.