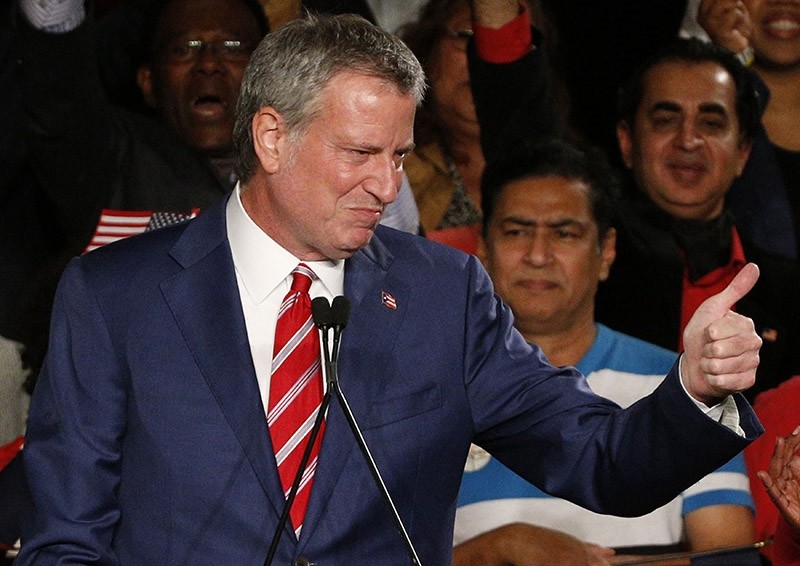 Mayor Bill de Blasio cruised to re-election on Tuesday, fending off token opposition to win a second term as the leader of the nation's largest city.

Speaking to supporters at an election night party at the Brooklyn Museum, de Blasio pledged to make New York the "fairest city in America," promising to increase investments in pre-kindergarten and affordable housing, to put body cameras on all police officers and to fight for more money to fix the subway system.

First elected four years ago, de Blasio emerged as a national leader in progressive politics. But his administration often found itself bogged down in feuds with Gov. Andrew Cuomo, a fellow Democrat, and investigations into campaign donations and pay-to-play politics.

De Blasio is the first Democrat to win re-election as New York mayor since Ed Koch 32 years ago even though Democrats outnumber Republicans in the city by a 6-1 ratio. His toughest opponent on Tuesday, Malliotakis, had called him ineffective.

"We may not have won the race, but we have made our voices heard," Malliotakis told her supporters. "If we continue to fight for what we believe in, we can change the course of this city."

The 56-year-old mayor has vowed that in his second term he will further expand pre-kindergarten to 3-year-olds and increase investments in affordable housing. He also has promised to continue to speak out for the city's immigrant and minority communities and be a vocal critic of President Donald Trump.

"You can't take on New York values and win, Mr. President," he said. "If you turn against the values of your hometown, your hometown will fight back. And so we have some fights ahead. We will fight, and we will win."