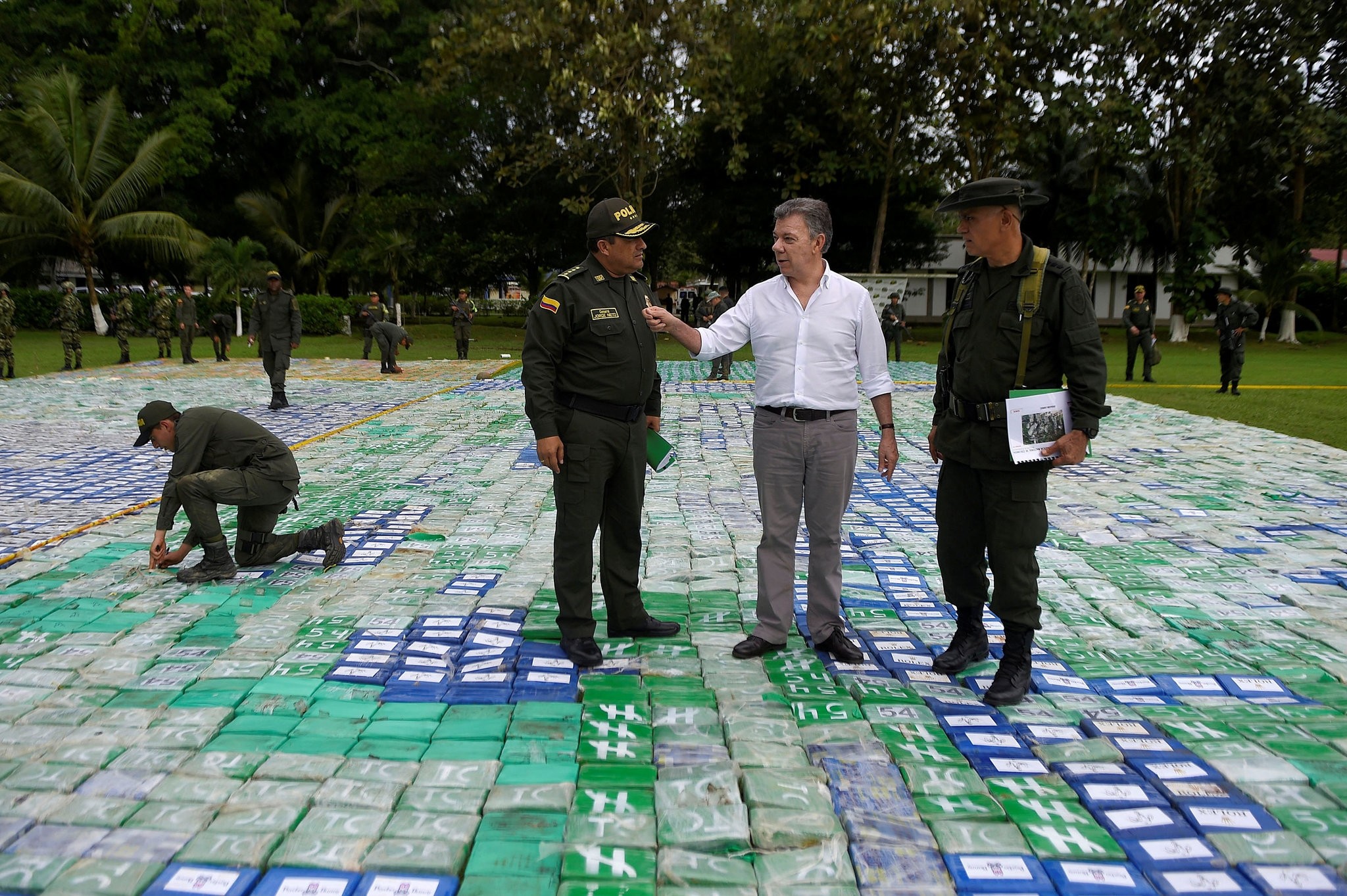 Colombia's President Juan Manuel Santos looks on after the seizure of more than 12 tons of cocaine in Apartado, Colombia November 8, 2017. (REUTERS Photo)
by Compiled from Wire Services Nov 09, 2017 12:00 am

Authorities in Colombia have seized 12 tons of cocaine worth an estimated $360 million in what President Juan Manuel Santos is describing as the nation's largest drug bust.

Four hundred anti-narcotics officers seized the cocaine in four simultaneous operations at Colombian farms where the drugs were buried underground in a banana-growing region of northwest Antioquia province, near Colombia's border with Panama.

"Thanks to a police operation with overseas intelligence, from friendly countries, the largest seizure in history was made," Santos said at a police base where the cocaine was laid out in packages on display.

Four people were also arrested during the three-day operation leading to the drug seizure, according to a police statement.

Santos linked the cocaine to the drug-trafficking gang known as the Gulf Clan, which has become one of the biggest threats to security since peace was signed last year with Marxist-led Revolutionary Armed Forces of Colombia (FARC) guerrillas.

The Gulf Clan is led by fugitive Dairo Antonio Usuga, known as Otoniel. The United States has offered a reward of up to $5 million for information leading to his capture or death. 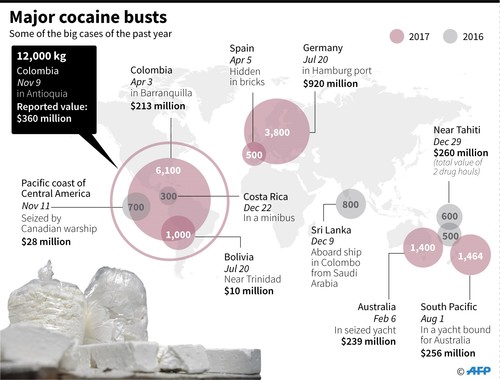 The seizure comes as the United States, Colombia's staunchest ally in the fight against drug trafficking, has raised concern over an increase in coca cultivation and as the government faces criticism from opposition lawmakers for allowing new crime gangs to fill the void left by the FARC.

Santos, who leaves office next year, has pledged to send 80,000 military and police to areas once controlled by the FARC in a bid to prevent new trafficking gangs from taking hold.

FARC rebels reached a peace agreement with the government last year that includes provisions to reduce coca production through voluntary and forced eradication.

In addition to drugs, the gang deals in illegal mining and most if its estimated 1,500 members formerly served in the ranks of right-wing paramilitary groups.

Colombia is one of the world's leading producers of cocaine, with output of around 910 tons per year, according to the U.S. Drug Enforcement Administration. Anti-drug police have confiscated 362 tons of cocaine this year.