Last document signed by JFK in White House up for sale

The last document President John F. Kennedy signed in the White House is up for grabs in Philadelphia.

A rare documents dealer is selling a photograph that Kennedy autographed for an ambassador for $80,000. 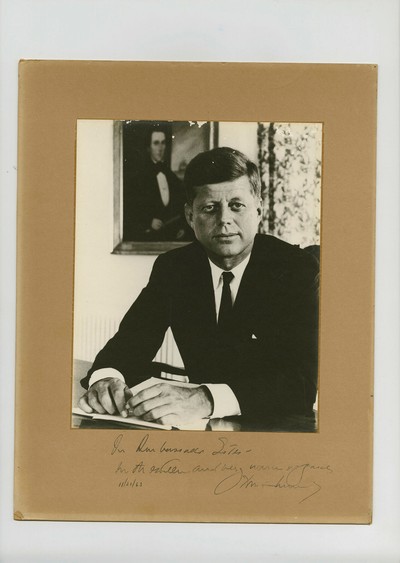 Raab Collection President Nathan Raab says it's "one of the finest and most powerful mementos" of the administration to reach the market.

On the morning of Nov. 21, 1963, Kennedy had breakfast with his children and arrived at his office under an hour before his flight to Texas. He met with Thomas Estes, ambassador to Burkina Faso, and Charles Darlington, ambassador to Gabon. It would be his last meeting in the White House.

Estes has recounted Kennedy handed him the photo and asked him to remain Washington until he returned from Texas so they could continue their conversation.

He then rushed out to depart for San Antonio.