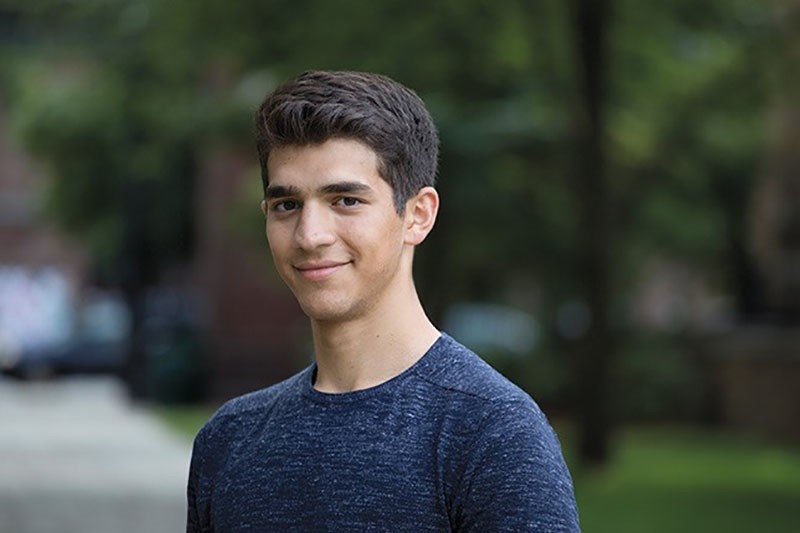 A 19-year-old student of Turkish origin became the youngest politician in U.S. history after his election to the municipal council in the northeastern city of New Haven, Connecticut.

Independent and uncontested candidate Hacıbey Çatalbaşoğlu was elected to the board of alders from New Haven's Ward 1 reserved for the city's renowned Yale University, where Çatalbaşoğlu continues his studies.

Çatalbaşoğlu, who also helps out his father at their pizza shop in downtown New Haven, conducted a tight door-to-door election campaign, asking voter support with the promise to bring the city and the university closer.

Although Çatalbaşoğlu ran as an independent, New Haven's Democrat Mayor Toni Harp gave the largest support to Çatalbaşoğlu, who in return thanked Harp, Turkish-American community and New Haven residents for their support.

The city, which has a cosmopolitan environment with Yale's presence, is known for its pro-migrant and pro-minority policies.

Çatalbaşoğlu hails from Yağlıdere, a town in Turkey's northern province of Giresun. The town is known for having one of the largest numbers of migrants in the United States.

Speaking to Habertürk daily, Çatalbaşoğlu said he was excited to help society and said his election win was "only another way to help people I grew up together with rather than a victory." He said he did not consider himself a politician, and he only sought to be more active for the good of the community.