'Racism still big problem in US' 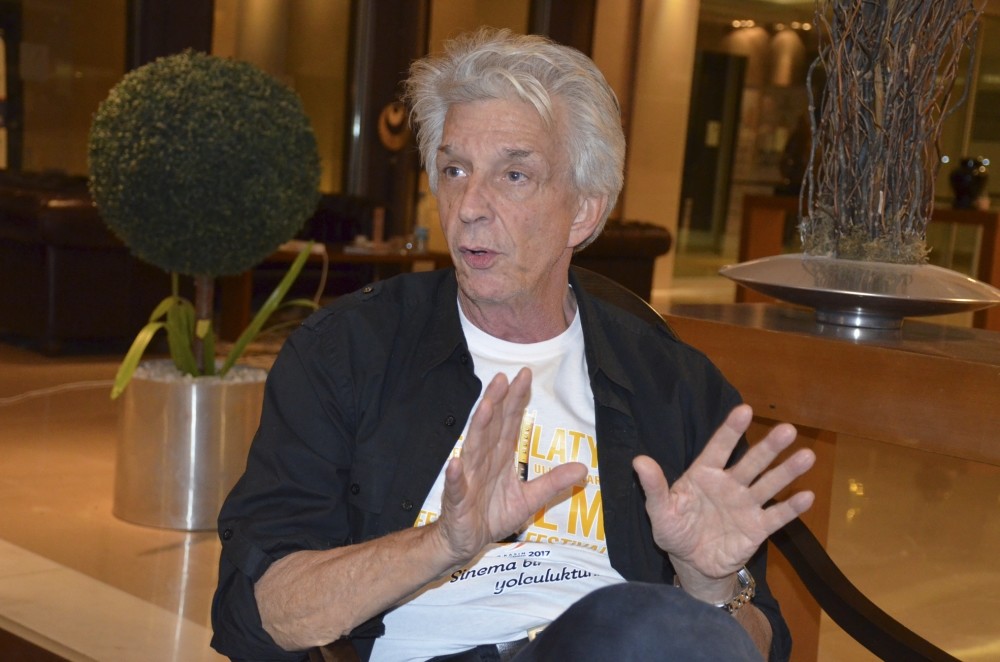 Screenwriter, producer and actor John Morrissey visited Malatya to attend a master class event as part of the 7th Malatya International Film Festival. Speaking to Anadolu Agency (AA), Morrissey said that festivals are very important to find sponsors and to introduce films to audiences in an environment beneficial and helpful to directors and producers.

Morrissey's production company was one of the producers of the anti-racism film "American History X." He explained that he wanted to take part in the film project when he read the screenplay: "The focus of the film is the questions why and how does racism occur? A child is born innocent, but how do they become racist later? This subject is important for me. When I was 1, my parents got divorced, and my mother started to work with an African-oriented singer who was becoming famous. This was the 1950s when racism was high. I spent most of my life with this black singer. Thus, I recognized racism in my youth. However, I never understood it. In the 1960s, laws about civil rights were made in the U.S. Racism was an important problem even when we made this film in 1998. It is still a big problem even though 20 years have passed."

Saying that he made this film with passion, Morrissey added: "When I grew up, my mother told me what she had experienced when she was working with the singer. She went on tours with this singer. In many cities, hotel owners didn't let allow the singer, who was black, in, so they started to inform them before they went to shows. They said the singer is black, and if there is a problem, they would not perform. This is really sad. Therefore, I was happy to take part in 'American History X.'"

Morrissey said that the use of guns in American movies is related to the history of the country. "Guns were used to suppress indigenous peoples during the period of migration to the U.S., and this became their culture. In other words, guns became a part of American culture. The gun lobby in the U.S. is very powerful. One of the reasons for guns being shown in films stems from this power. However, the use of guns in action films is because of commercial concerns. Excitement is a very important element of these films. The good guys try to catch the bad guys. This attracts the attention of the audience. It is also easy to watch these films. You don't have to think about anything."

Morrissey added that he was welcomed like a star when he came to Turkey three years ago and that Turkish audiences embrace him and his films.