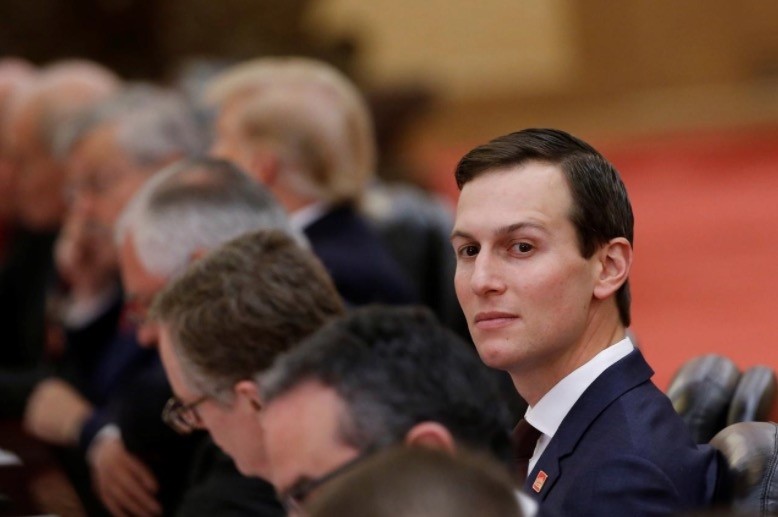 In a letter to Kushner's attorney, Abbe Lowell, Senators Chuck Grassley and Dianne Feinstein - the Judiciary Committee's Republican chairman and top Democrat - listed the documents and emails among materials Lowell has failed to produce.

"It appears that your search may have overlooked several documents," the letter said of Lowell's responses to three requests for materials related to the committee's investigation on Russian interference in the 2016 presidential election.

"Mr. Kushner and we have been responsive to all requests," Lowell said in a statement. "We provided the Judiciary Committee with all relevant documents that had to do with Mr. Kushner's calls, contacts or meetings with Russians during the campaign and transition, which was the request. We also informed the committee we will be open to responding to any additional requests and that we will continue to work with White House Counsel for any responsive documents from after the inauguration."

When asked about the letter, White House press secretary Sarah Huckabee Sanders referred reporters to Lowell. Trump denies any collusion between his campaign and Moscow.

Russia denies a January report by three U.S. intelligence agencies that it conducted an influence operation to skew the 2016 presidential vote in favor of Trump over his Democratic rival, Hillary Clinton.

ONE PERSON OF INTEREST

Kushner remains one person of interest to the investigations by Special Counsel Robert Mueller and congressional committees, according to a source with knowledge of the probes.

Among other things, investigators want to know if Kushner knew during the 2016 campaign that Russia was hacking Democratic emails in an effort to help Trump and whether he tried to create a secret back channel between the Trump White House and the Kremlin, said the source, speaking on condition of anonymity.

Investigators also want to know if Kushner took part in or knew of any post-election efforts by Trump's former national security adviser, Michael Flynn, or others to lift U.S. economic sanctions on Russia in exchange for financial investments or other business deals.

A May 26 Reuters report quoted two sources who said Kushner and Flynn discussed with former Russian ambassador to Washington Sergey Kislyak creating a "back channel" between Trump and Russian President Vladimir Putin that would bypass the State Department and U.S. intelligence agencies.

Flynn, a former Army general who led the Defense Intelligence Agency and later was a Trump campaign adviser, was fired in February as national security adviser after misleading Vice President Mike Pence about his conversations with Kislyak.

The letter to Lowell also said he had failed to produce "communications with Sergei Millian, copied to Kushner."

Millian, who has used multiple aliases, is a Belarussian-born émigré who in 2006 helped incorporate the Russian-American Chamber of Commerce, which sponsored trips to Russia by U.S. businessmen.

After a December 2011 trip arranged by the chamber and a quasi-governmental agency in Russia called Rossotrudnichestvo, FBI agents questioned participants about whether Russian spies had approached them during the visit, one of the travelers said.

Millian, who met Trump on at least one occasion, has boasted of his ties to the former New York real estate developer and reality television star. He has denied being a Russian spy.