'Think before you tweet,' Obama says in veiled reference to Trump 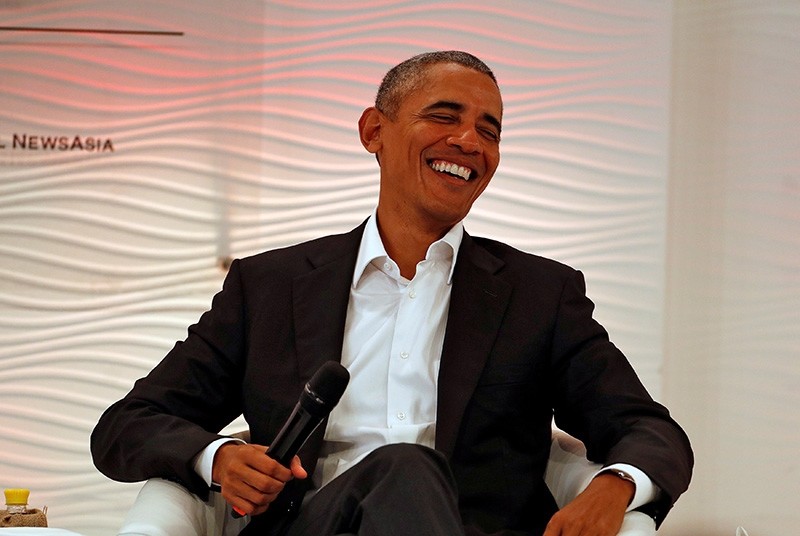 When former U.S. President Barack Obama spoke to a leadership forum in India's capital on Friday, he never once used the words "Donald Trump" and was careful to avoid any direct reference to his successor in the White House.

Yet Obama made plenty of veiled references, from climate change to the perils of using Twitter. The responses often drew laughter from the audience at the Hindustan Times Leadership Summit, which was part of a three-country tour Obama is undertaking in one of his first global outings as a private citizen after leaving office.

Obama said Friday that social media powers like Facebook, WhatsApp and Twitter are leading to "snap judgements to complex issues" and warned leaders to think before tweeting.

Highlighting how he has 100 million Twitter followers -- "more than other people who use it more often" -- Obama said: "I think it's important to be mindful of both the power of these tools but also its limits."

Obama's wife Michelle recently took what was seen as a subtle swipe at Trump, asking the audience at an event to spellcheck and not tweet everything that comes into their mind.

"I think she was just giving a general advice, the same advice that you used to hear from your mother generally ... don't say the first thing that pops in your head," the two-term leader told the conference.

Obama was more direct in criticizing Trump's threat to leave the 2015 Paris climate accord on slashing global carbon emissions.

"If you're saying it's a hoax, then there's no way for us to bridge our differences in a constructive way," Obama said.

Obama praised India for helping forge the Paris climate agreement, which he signed last year but which Trump said he planned to withdraw from.

"It's an agreement, even though we have a little bit of a pause in American leadership, that is giving our children a fighting chance," Obama said.

Obama was asked who reflected the real America, Donald Duck or Donald Trump?

Obama didn't answer directly. He said Americans could often be kind and noble, and at other times cruel and shortsighted.

"It is just this cacophony of life. And it throws up all kinds of variety," he said. "And there are political trends in America that I don't agree with or abide by, but I recognize as part of a running thread in American life."

He said he took heart from the fact that the trend lines of America and the world were heading in the right direction when it came to inclusion, health, education, equality and kindness.

He said that despite the bad news people hear every day, that when it came to having a good life, right now was the best moment to be born in all of human history.