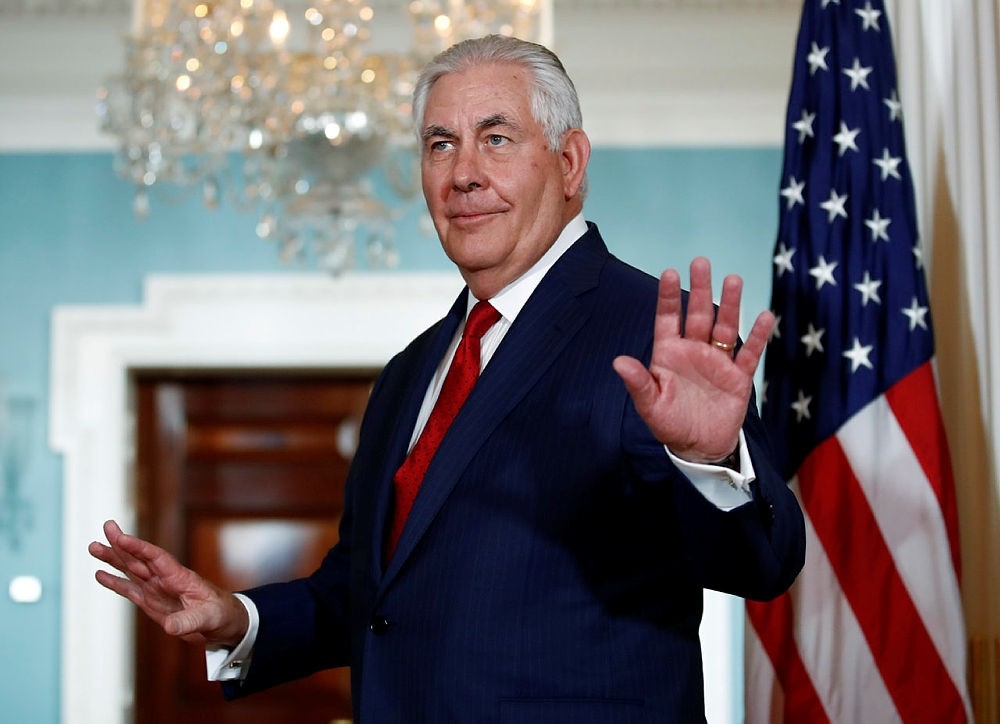 U.S. Secretary of State Rex Tillerson on Friday dismissed reports that the White House is weighing a plan under which he would be replaced by CIA Director Mike Pompeo as "laughable."

Media reports on Thursday, first published by the New York Times, cited U.S. officials as saying that Trump has a plan to replace his embattled secretary of state with Pompeo, a former U.S. congressman who now heads the Central Intelligence Agency.

Asked if some at the White House wanted him to resign, Tillerson told reporters: "It's laughable ... laughable."

His comments came as he posed for pictures with Libyan Prime Minister Fayez Seraj of the U.N.-backed government in Tripoli.

Trump also responded to the claims, saying Tillerson is not leaving the administration.

"The media has been speculating that I fired Rex Tillerson or that he would be leaving soon - FAKE NEWS!," Trump wrote in a post on Twitter. "He is not leaving and while we disagree on certain subjects (I call the final shots) we work well together and America is highly respected again!"

Tillerson's relationship with Trump has been strained by the top U.S. diplomat's softer line on North Korea and other policy differences, as well as by reports in October that he had called the president a "moron."

Tillerson has not directly addressed whether he made the comment, though his spokeswoman denied it.

Asked on Thursday whether he wanted Tillerson to remain in his job, Trump sidestepped the question, telling reporters at the White House: "He's here. Rex is here."

State Department spokeswoman Heather Nauert said on Thursday White House Chief of Staff John Kelly had told Tillerson's chief of staff the reports on Tillerson being replaced were not true.