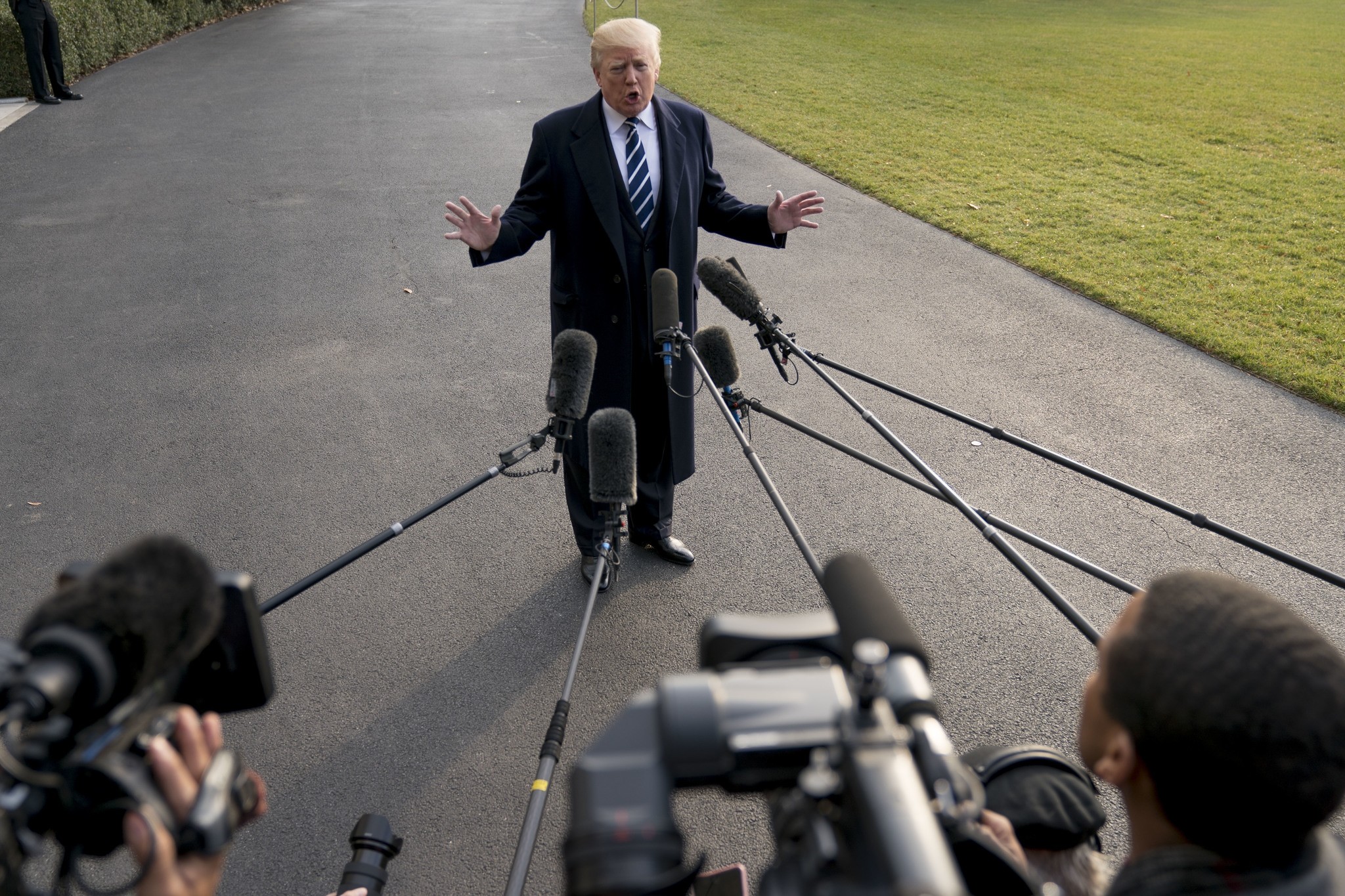 President Donald Trump speaks to members of the media before boarding Marine One at the White House, Saturday, Dec. 2, 2017, in Washington.(AP Photo)
by Compiled from Wire Services Dec 02, 2017 12:00 am

U.S. President Donald Trump, in his first comment on a guilty plea by his first national security adviser Michael Flynn to lying to the FBI, said on Saturday there was "absolutely no collusion" between his campaign and Russia.

"What has been shown is no collusion, no collusion," Trump told reporters at the White House as he left Washington for fundraisers in New York.

Flynn is cooperating with prosecutors investigating Russian meddling in the 2016 presidential campaign after admitting on Friday that he lied to FBI agents.

Later on, Trump said on his official Twitter account that he had to fire Flynn because he lied to the VP and FBI, but "there was nothing to hide!"

I had to fire General Flynn because he lied to the Vice President and the FBI. He has pled guilty to those lies. It is a shame because his actions during the transition were lawful. There was nothing to hide!

A member of Trump's inner circle during the right-wing populist's election campaign and White House transition, Flynn pleaded guilty at a federal courthouse in Washington to one count of making false statements to investigators about a conversation with the Russian ambassador.

Flynn resigned in February after just 25 days as national security advisor, admitting to "inadvertently" giving "incomplete information" to key people in the White House about his communication with the Russian ambassador.