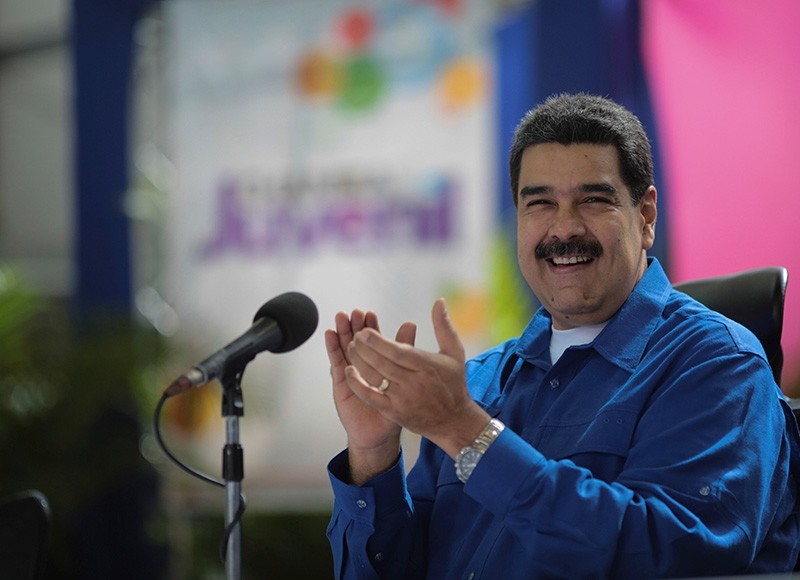 Venezuela's President Nicolas Maduro speaks during an event with supporters in Caracas, Venezuela. (Reuters Photo)
by Dec 03, 2017 12:00 am

Venezuela is creating a digital currency to combat a financial blockade by the United States, President Nicolas Maduro announced Sunday.

It will be called the Petro and be backed up by Venezuela's reserves of oil and gas and its gold and diamond holdings, the president said in his weekly television program.

"This is going to allow us to move toward new forms of international financing for the country's economic and social development," the president said.

The news comes as Venezuela faces acute financing problems after creditors and ratings agencies declared the government and the state run oil firm PDVSA to be in partial default for missing interest and principle payments on bonds.

Maduro blames those problems on sanctions imposed by the United States in August, barring American citizens and companies from buying any new Venezuelan government or PDVSA bonds.

Venezuela is mired in a deep economic crisis triggered mainly by a fall in crude oil prices and a drop in oil production. Petroleum is its main source of hard currency.

Over the past year, the Venezuelan bolivar has plummeted 95.5 percent against the dollar on the black market.