Trust in media grows under Trump, amid partisan split: survey 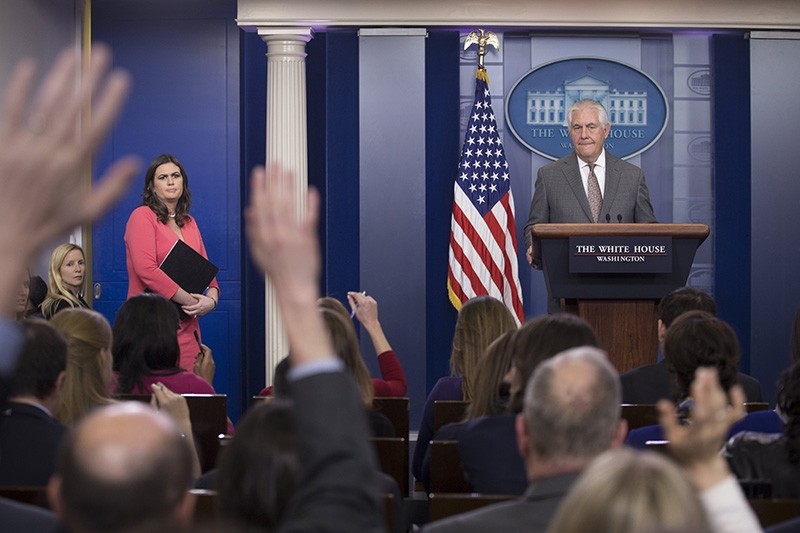 Americans' overall trust in the news media has increased since the election of Donald Trump despite a rise in those who believe the president's claims of "fake news," a survey showed Monday.

The survey prepared for the Poynter Institute found a sharp partisan divide on the media, with Republicans and Trump supporters skeptical about news organizations and others more confident.

In the survey, 12 percent said they have a "great deal" of trust and confidence and an additional 37 percent have a "fair amount."

But 39 percent respondents had "not very much" trust and 13 percent "none at all."

"Encouragingly, we find that the public supports the press, albeit weakly," said the report by Andrew Guess of Princeton University, Brendan Nyhan of Dartmouth and Jason Reifler of the University of Exeter.

"However, this result masks dramatic polarization in media attitudes."

And 44 percent of survey respondents said they believe the news media fabricates stories about Trump and 31 percent agreed with the president's claim that large media outlets are the "enemy of the people."

A large majority -- 69 percent -- said the media "tend to favor one side," but the same percentage believe that news organizations "keep political leaders from doing things that shouldn't be done."

And the authors cited the "disturbing" finding that 25 percent endorsed limitations on press freedom -- including allowing the government to block news stories it sees as biased or inaccurate.

"The American news media is experiencing unprecedented attacks from the highest office in the land," the authors said.

"Politicians frequently resist unfavorable coverage, but the constant barrage of public attacks on the legitimacy of the press is unprecedented in the modern era."

Even though there are "strong pockets of support" for the media, Trump's attacks "have seemingly exacerbated partisan divisions" on media coverage, they wrote.

"Given these results, the challenge for media outlets is to avoid being drawn into alignment with either of the parties."