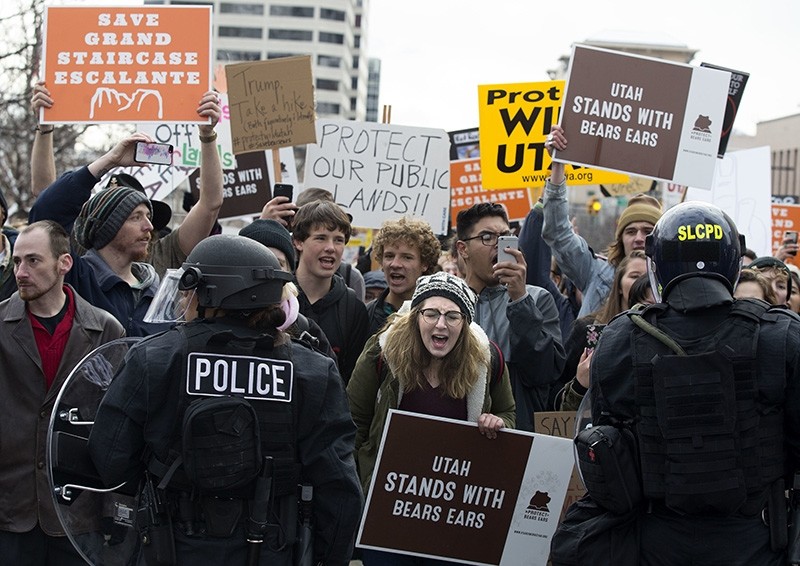 Trump painted the decision as giving government-held land back to communities and ending Washington overreach.

"The families and communities of Utah know and love this land the best, and you know the best how to take care of your land," he said.

The move could open the door to energy exploration and other commercial use.

Trump's opponents say the areas are home to more than 100,000 archaeological sites, including rock art that is at least 5,000 years old and the remains of 21 previously unknown dinosaur species.

The move raises questions about the durability of other conservation areas designated under the 1906 Antiquities Act.

Trump accused "previous administrations" of using the law "to lock up hundreds of millions of acres of land and water under strict government control."

Environmental lobby group Friends of the Earth accused Trump and his allies of plundering resources.

"Donald Trump is overseeing the largest elimination of protected areas in U.S. history. Dismantling these monuments is Trump's latest gift to the corporate interests who backed his campaign. This action is unprecedented and will end up in court," the group said in a statement.

Meanwhile, 10 environmental protection groups, including the Sierra Club and The Wilderness Society, filed a lawsuit against the Trump administration.

The lawsuit denounced the "unlawful proclamation" which it said "flouted 111 years of conservation history" and would leave natural "treasures exposed to immediate and ongoing harm."

"It's just another slap in the face for a lot of us, a lot of our Native American brothers and sisters," Navajo Nation Vice President Jonathan Nez said. "To see that happen a week ago, with disparaging remarks, and now this."

The Navajo Nation was one of five tribes of a coalition that spent years lobbying Obama to preserve the Bears Ears area. Native Americans visit the area to perform ceremonies, collect herbs and wood for medicinal and spiritual purposes, and do healing rituals.

The coalition's lawsuit to protect Bears Ears is expected to be filed by Tuesday.