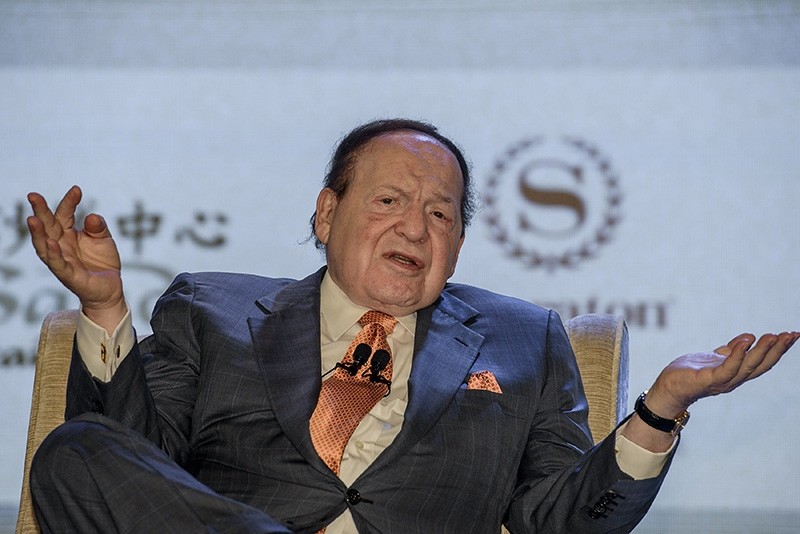 Casino billionaire Sheldon G. Adelson donated $20 million to a political action committee that supported Donald Trump's election campaign in 2016 in exchange for Trump's promise to make the move of the U.S. embassy from Tel Aviv to Jerusalem a priority as president.

In an article published by the New York Times it was stated that Adelson and the Zionist society in the U.S. knew that Trump would eventually announce the formal recognition of Jerusalem as the Israeli capital.

"While previous presidents have made this a major campaign promise, they failed to deliver. Today, I am delivering," Trump said during his official Jerusalem statement on Wednesday.

According to the New York Times, Adelson and other pro-Israel backers put great pressure on Trump to take the Jerusalem decision as soon as possible, after he became president of the United States.

Trump's Jewish son-in-law Jared Kushner, however, reportedly advised the new president to wait at first until strong U.S. relationships have been established in the region.

According to the article, Adelson opened up about the urgency of the Jerusalem issue during a dinner with the U.S. president and top officials.

The pro-Israel businessman is known for his close relationship with Israel's Prime Minister Benjamin Netanyahu, and using his casino fortune to influence Republican Party members with his Zionist ambitions.

The New York Times suggested that Adelson's attention was caught after Trump told the American Israel Public Affairs Committee that he would "move the American embassy to the eternal capital of the Jewish people, Jerusalem," in March 2016.

While Trump's latest decision was supported by Kushner, Secretary of State Rex Tillerson said that the he did not oppose the move, however adding that he expected more time.

Secretary of Defense Jim Mattis, on the other hand, came off more cautious, giving no details about his stand regarding the Jerusalem issue.

According to the article, Trump's move was a political decision and not a diplomatic one. It suggested that despite all the international uproar and criticism, political benefits will "clearly outweigh the costs," bearing in mind the content of the Republican Jewish Committee.