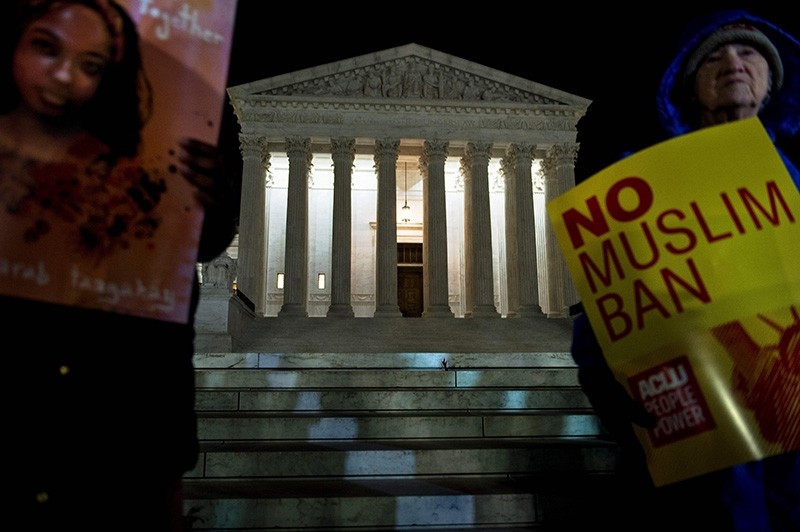 Trump's order, which calls for "enhancing vetting capabilities" at U.S. embassies and consulates overseas, directs the departments of State and Homeland Security to restrict the entry of people from six Muslim-majority countries - Chad, Iran, Libya, Syria, Somalia and Yemen - as well as from Venezuela and North Korea.

The State Department said in a statement on Friday that no visas would be revoked under the new vetting procedures. It said the restrictions were not intended to be permanent and could be lifted as "countries work with the U.S. government to ensure the safety of Americans."

Trump promised as a candidate to impose "a total and complete shutdown of Muslims entering the United States" and his effort to implement a travel ban has run into repeated legal challenges since he first announced it a week after taking office.

The current ban is the third version from the administration. Lower courts allowed the provisions covering North Korea and Venezuela to go into effect.

Challenges continue for the six predominantly Muslim countries, charging that the ban discriminates on the basis of religion in violation of the U.S. Constitution and is not permissible under immigration laws.

The Supreme Court on Monday granted the administration's request to lift two injunctions that partially blocked the ban. The decision allows the restrictions to go into force, even as legal challenges continue in lower courts. Two liberal justices dissented.

Meanwhile, federal appeals court judges in Virginia peppered a government lawyer Friday with questions about President Donald Trump's latest travel ban and whether the president has the authority to ban 150 million foreign nationals — mostly Muslims — from the United States.

A full panel of 13 judges from the 4th U.S. Circuit Court of Appeals heard arguments on the third version of Trump's travel ban. It was the second federal appeals court to hear a challenge to the ban this week, following a hearing Wednesday before the San Francisco-based 9th Circuit.

The 4th Circuit is being asked to reverse a decision by a Maryland judge whose injunction in October barred the administration from enforcing the ban against travelers from Chad, Iran, Libya, Somalia, Syria and Yemen who have bona fide relationships with people or organizations in the U.S. North Korea and Venezuela are also included, but to a much narrower extent.

Deputy Assistant Attorney General Hashim Mooppan told the judges that the latest travel restrictions were the product of a global, multiagency review that found the countries do not share enough security-related information with the United States. He insisted the latest travel ban is not anti-Muslim, but is necessary for national security.

"The proclamation says there's inadequate information sharing from these eight countries or other risk factors that undermine visa vetting, and to deal with that problem — a particular aspect of the broader terrorism problem — they are imposing entry restrictions to those (countries) to improve those practices and protect this nation until they do so," Mooppan said.

Cecillia Wang, a deputy legal director at the national American Civil Liberties Union, told the judges that the ban is a manifestation of Trump's campaign promise to keep Muslims out of the United States. Wang cited various statements made by Trump and anti-Muslim videos he retweeted on Nov. 29, saying he has "doubled down" on his pledge.

"It's clear on the record that the president has continued to make statements of hostility toward Muslims," Wang said.

The judges differed on whether they should consider Trump's statements and tweets. Judge Paul Niemeyer called Trump's statements "background noise," while Judge James Wynn asked if the court should "ignore reality" and just look at the legality of the travel ban.

The 4th Circuit cited Trump's remarks on Muslim travelers while rejecting an earlier version of the travel ban in May, finding that it "drips with religious intolerance, animus and discrimination" toward Muslims.

It is unclear when the appeals courts will rule, though both sides expect the U.S. Supreme Court will ultimately decide on the legality of the ban.