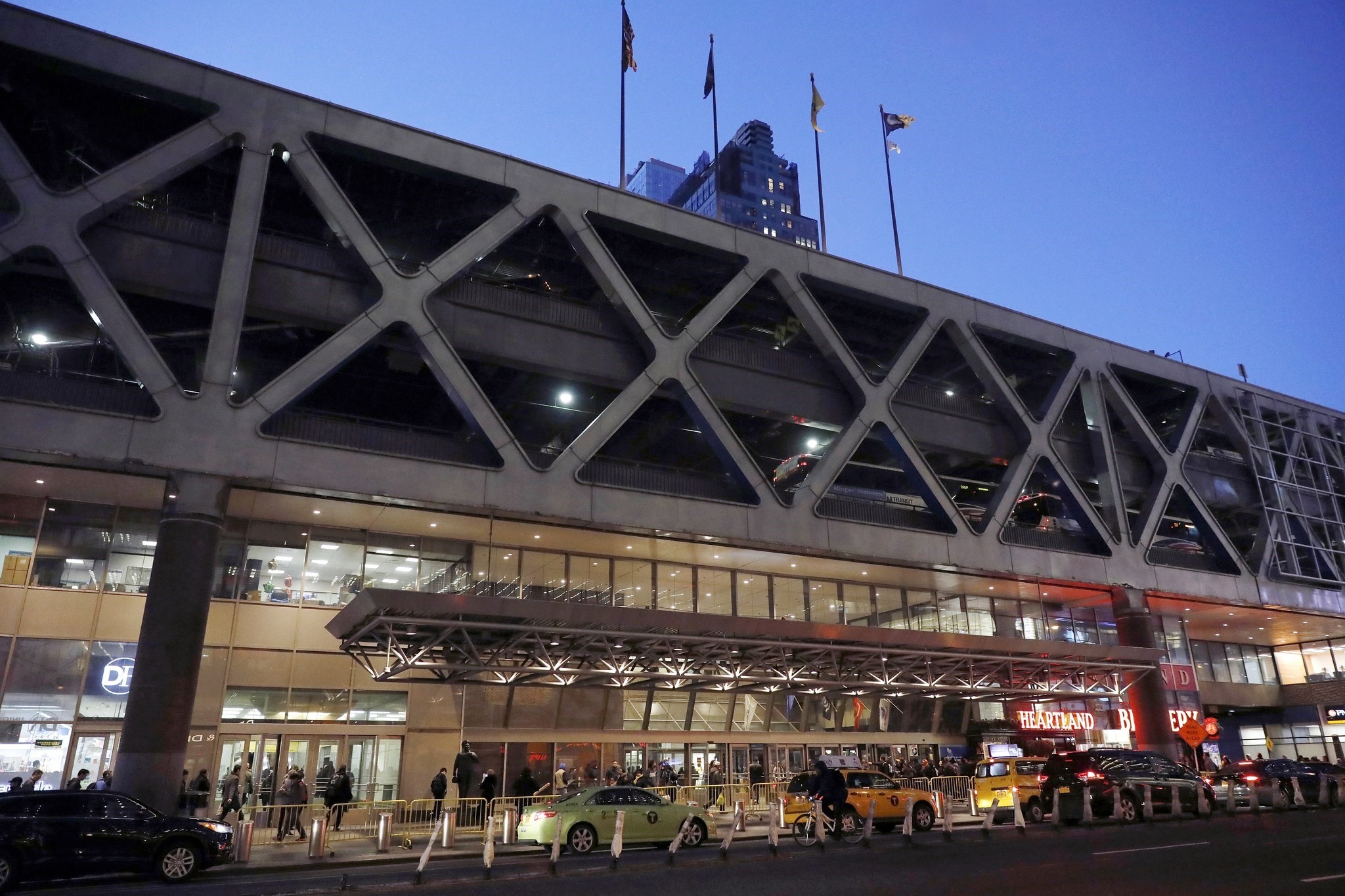 Four people were injured after a device in the New York City subway, which the U.S. officials described as a "terror-related incident."

Police Commissioner James O'Neill said a 27-year-old man had a crude pipe bomb strapped to him and it went off in a passageway from Seventh and Eighth Avenues near Times Square.

Three people suffered minor non-life-threatening injuries. The suspect was also injured and was taken into custody.

Mayor Bill de Blasio said the device that exploded in the New York City subway was an attempted terrorist attack. He said it's lucky the suspect didn't achieve his ultimate goals.

Law enforcement officials said he was inspired by the Islamic State group but had apparently not had any direct contact with the group. The officials said he lives in Brooklyn and may be of Bangladeshi descent. The officials spoke to The Associated Press on condition of anonymity because they were not authorized to speak publicly about the blast.

The explosion, which happened around 7:30 a.m., triggered a massive emergency response by New York police and fire both above and below ground, tangling subway and bus service at the nearby Port Authority bus terminal.

Authorities said the bomb was a low-tech explosive device attached to the man with Velcro and plastic ties. They were investigating how it was made.

Elrana Peralta, a customer service worker for Greyhound, said she works in the Port Authority terminal complex near where the blast happened, but didn't hear the explosion.

John Miles, 28, from Vermont, was waiting for a bus to Massachusetts. He also didn't hear the blast, but saw police react.

"I didn't know what was going on. Officers were running around. I was freaking out," he said. There was an announcement that people should take their bags and leave. "They didn't incite panic. It was fairly orderly."

A photo published by the New York Post showed a bearded man crumpled on the ground with his shirt apparently blown off and black soot covering his bare midriff. A police officer is holding the man's hands behind his back.

White House Press Secretary Sarah Sanders has tweeted that President Trump has been briefed on the explosion.

Video from above the "Crossroads of the World" showed lines of police and emergency vehicles, their lights flashing, lining the streets and no other vehicle traffic moving.

Everything around the Port Authority in the 42nd Street area was shut down — a surreal scene of still at what would ordinarily be a bustling rush hour.