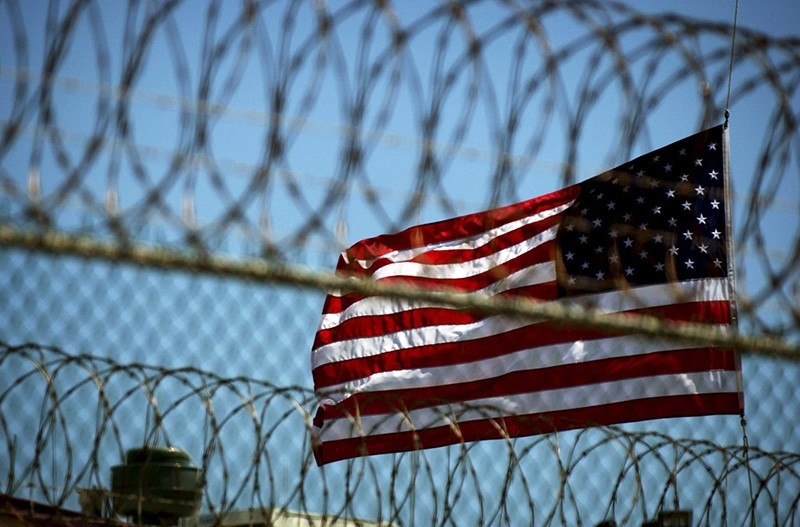 An inmate at the U.S. detention facility at Guantanamo Bay is still being tortured, the U.N. special rapporteur on torture Nils Melzer said in a statement Wednesday.

Additionally, five prisoners cleared to be sent home under former president Barack Obama have yet to be released under President Donald Trump.

"I've been here 14 years," Abdellatif Nasser said when he got the news that Obama had cleared his case in summer of 2016. He had begun imagining the taste of Moroccan food in his homeland, thinking, "A few months more is nothing."

But his optimism turned out to be misplaced. A diplomatic agreement that would have allowed him to go free was not returned by Morocco until Dec. 28, eight days too late to meet a deadline to be among the last prisoners to leave under Obama.

The Trump administration has not released any prisoners and not added any to the list of cleared men who can go home, or to a third country, for resettlement. There were 197 transferred out under his predecessor and more than 500 under President George W. Bush.

Obama sought to close the detention center but was thwarted by Congress because of objections over transferring any of the remaining detainees to facilities in the U.S.

Obama did succeed in ending the use of "enhanced interrogation techniques" via executive order in January 2009, though Melzer said the historic use of torture in CIA custody had not yet led to prosecutions or compensation for victims.

While not referring directly to Guantanamo, Trump used his first TV interview as president to say about torture tactics such as waterboarding, "absolutely I feel it works." He said he also considers torture a necessary weapon in the U.S. arsenal to "fight fire with fire."

The administration has not announced its policy toward the detention center. But Trump said on Twitter before he took office that there should be no further releases from "Gitmo," as it's often called. "These are extremely dangerous people and should not be allowed back onto the battlefield," he said.

A National Security Council spokeswoman, Tara Rigler, noted that the president has said the detention center will "remain an available option in the war on terrorism." She said he will make any decisions related to detainees "on a case-by-case basis and in the best interest of the United States," but she declined to go into further detail.

The 41 remaining prisoners include the five approved for transfer and 10 who have been charged by military commission. That leaves 26 in indefinite confinement who could potentially be reviewed and added to the cleared list. Several may still be prosecuted and are unlikely to be set free, but lawyers for the rest are considering filing new legal challenges, arguing that a policy of no releases would mean their confinement can no longer legally be justified as a temporary wartime measure.

In addition to Nasser, the prisoners who have been cleared for release come from Algeria, Yemen and Tunisia. Another was born in the United Arab Emirates but has been identified in Pentagon documents as an ethnic Rohingya who is stateless.