Trump says he's not ready to talk about pardoning Flynn 'yet' 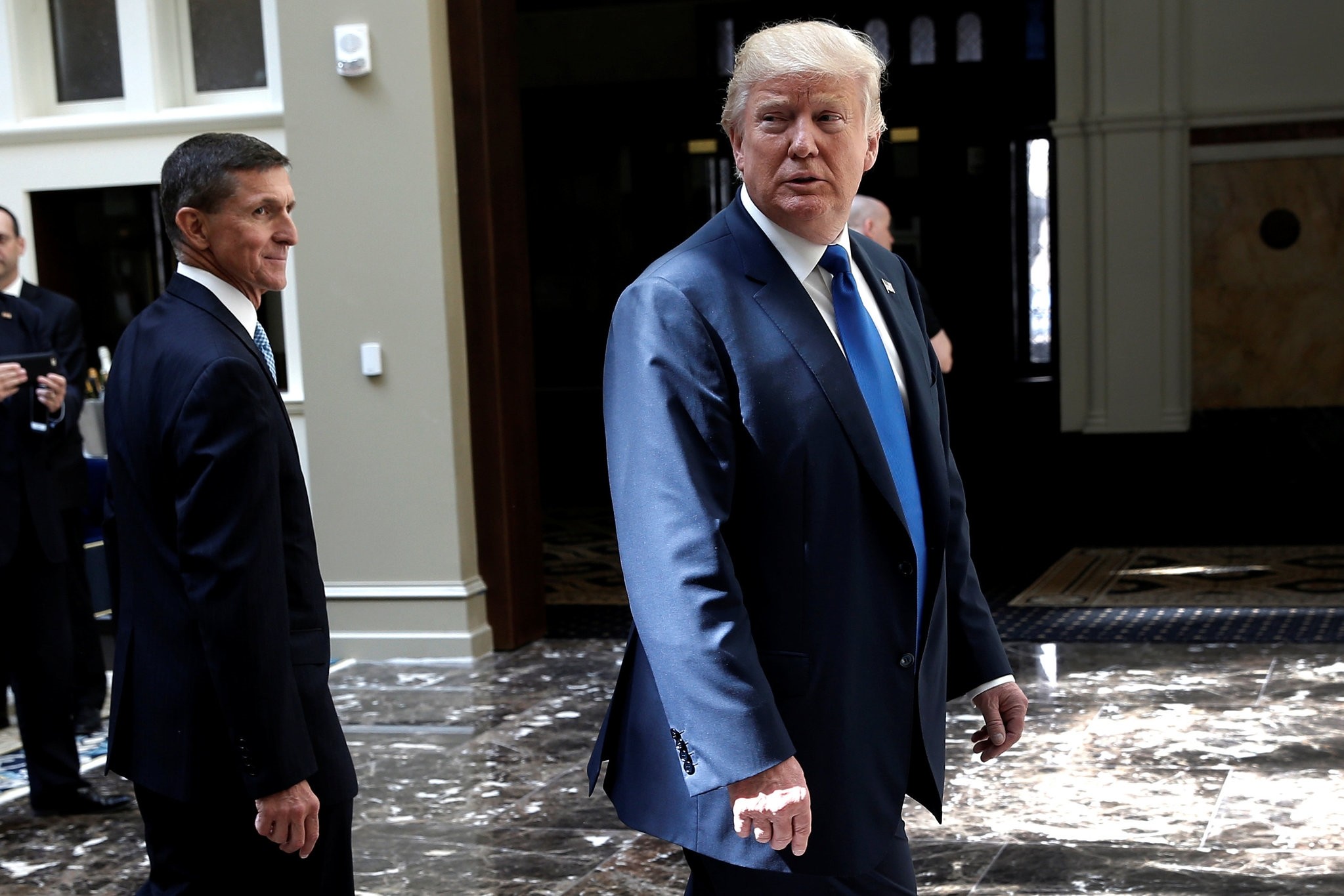 | Reuters Photo
by Associated Press Dec 15, 2017 12:00 am
U.S. President Donald Trump isn't saying whether he is considering a pardon for former National Security Adviser Michael Flynn, who has pleaded guilty to lying to the FBI.

Trump told reporters Friday, "I don't want to talk about pardons with Michael Flynn yet." Trump spoke as he left the White House for a speech at the FBI training academy in Quantico, Va.

Flynn is cooperating with special counsel Robert Mueller's probe into potential collusion between Russia and the 2016 Trump campaign.

Trump avoided a reporter's question about when he knew that Flynn had offered false statements to the FBI about discussion of sanctions with the Russian ambassador to the U.S.