Ex-President Pinera appears headed back into power in Chile 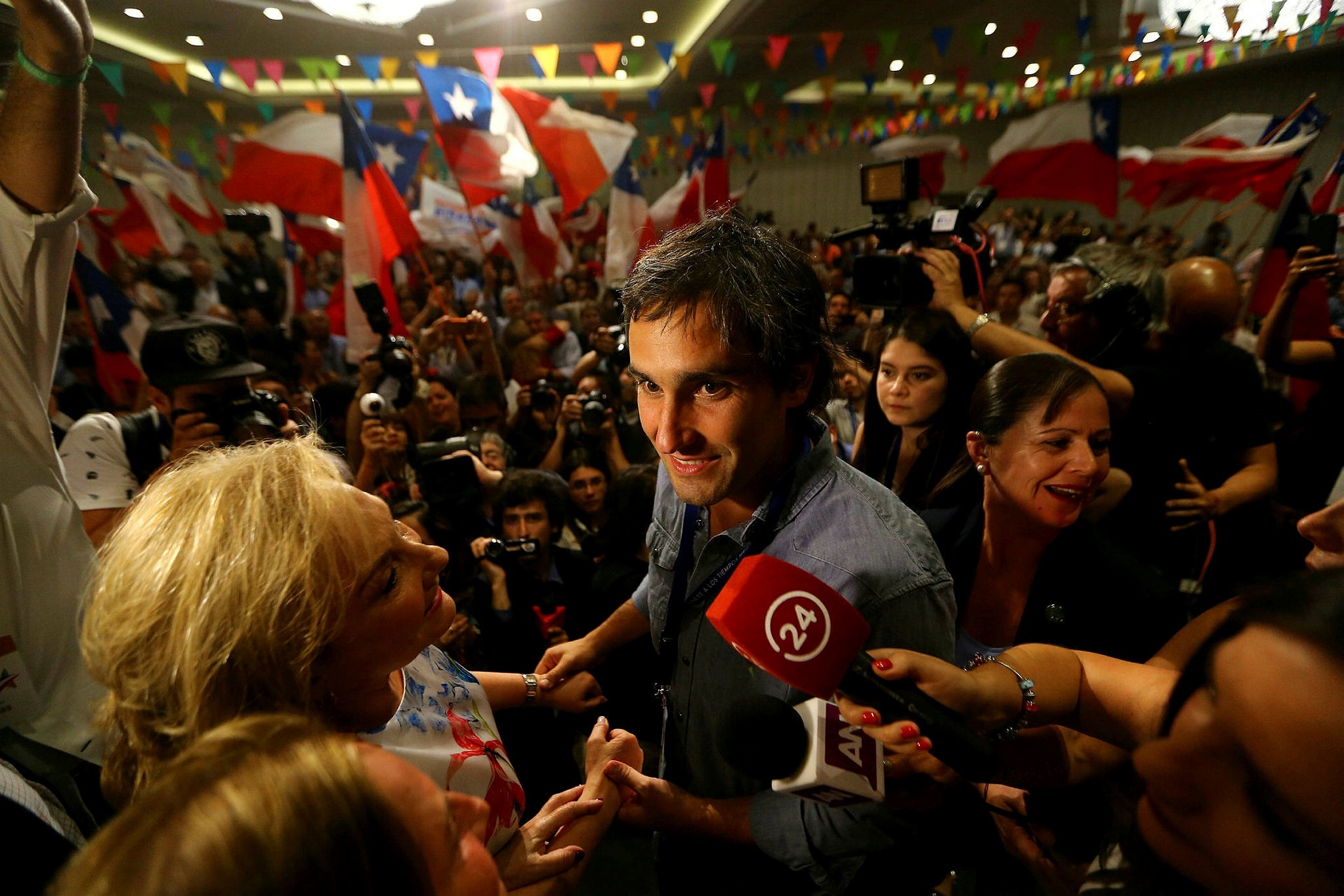 Cecilia Morel, wife of Chilean presidential candidate Sebastian Pinera, and her son Sebastian, react after hearing the results of the second round vote, in Santiago, December 17, 2017. (Reuters Photo)
by Associated Press Dec 18, 2017 12:00 am

Billionaire and former President Sebastian Pinera appeared headed to a victory in Chile's presidential runoff election, with more than 82 percent of the votes counted Sunday night.

Officials said Pinera had just over 54 percent of the votes to nearly 45 percent for center-left Sen. Alejandro Guillier.

Analysts had predicted a closer race, but there had not been any opinion polls on the election for several weeks.

The early results prompted Pinera supporters to celebrate at his campaign headquarters.

Pinera won last month's first round, but his 36.6 percent vote share fell far short of what polls had projected. Guillier got 22.7 percent in the first round and had been counting on support from backers of other left-leaning candidates who were eliminated.

The 64-year-old Guillier was backed by outgoing President Michelle Bachelet, but many Chileans have been disillusioned by lagging economic growth under her watch, a problem based largely on lower international prices for copper, which is the backbone of Chile's economy. Many leftists also feel she wavered on her promises of profound social changes in labor and education policies.

Pinera, 68, struggled with large protests over Chile's inequality and demands for education reform during his first term as president, and left office in 2014 with low popularity ratings. But he also oversaw annual economic growth of about 5 percent a year.

"I think we'll win these elections and better times will come for all Chileans," Pinera said after casting his vote in the Chilean capital.

The conservative politician proposes slashing taxes on business to revive growth and vows to launch a $14 billion, four-year spending plan that includes fresh investments in infrastructure.

"I came to vote for Guillier because he will continue Bachelet's reforms, and thanks to her I have a son studying industrial engineering for free," said Genaro Rodríguez, an electrician in Santiago.

"I think we're going to win by a tight but clear margin," Guillier said after casting his vote in his northern desert region of Antofagasta.

During the first round, Beatriz Sanchez of the Broad Front coalition came in third with 20 percent of the vote. She pledged her support to Guillier.