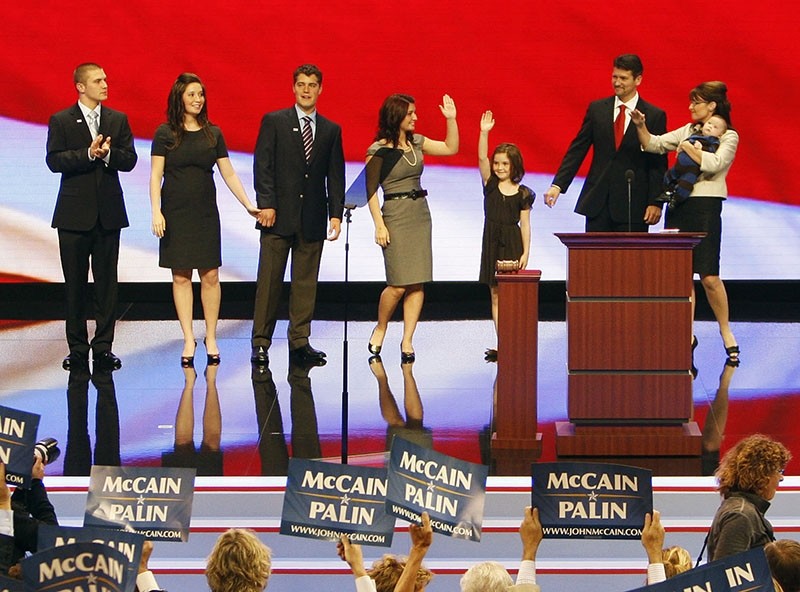 The elder son of former Republican vice presidential nominee Sarah Palin has been charged with assault and burglary in a violent confrontation with his father in which the two men struggled over a handgun at his parents' Alaska home, court records showed on Monday.

According to the criminal complaint and supporting documents, Track Palin, 28, broke through a window of the house in Wasilla, Alaska, and scuffled with his father, Todd Palin, on Saturday night in a clash that stemmed from a family dispute over a truck.

The incident marked the latest in a string of run-ins with the law by the politician's elder son, a U.S. Army Reserve veteran who served a 2008 tour of duty in Iraq.

Track Palin, who is now barred by court order from further contact with his parents and two younger siblings who live with them, remained jailed on Monday in lieu of $5,000 bail.

He was charged with a felony count of burglary with attempted injury and a misdemeanor assault count, according to court records.

The family's attorney, John Tiemessen, was not available for comment on Monday, but he issued a statement on Sunday asking that the Palins' privacy be respected. Court records do not list a defense attorney of record in the case.

It was Sarah Palin who called police to report that her elder son was assaulting his father and "freaking out and was on some type of medication," the police affidavit stated.

Todd Palin later recounted the conflict started when his son called to say he was coming to the house to get a truck, and the father objected, prompting the son to threaten that he was en route "anyway to beat his ass," the affidavit said.

The father armed himself with a pistol as he waited for his son to arrive, but ultimately, the affidavit said, "Todd decided he was not going to shoot his son" and was disarmed by the younger Palin as the two struggled.

Track Palin told police after his arrest, according to the affidavit, that his father had pointed the gun at him, and that the son goaded his father to shoot him. It said he admitted to drinking a few beers earlier that night.

Sarah Palin, who was Republican Senator John McCain's vice presidential running mate in his failed 2008 White House bid, has cited her son's past legal woes in publicly questioning the adequacy of support for military veterans who may suffer from post-traumatic stress disorder.

In 2016, her son faced several charges related to domestic violence, including using a weapon while intoxicated, court records show. The case was resolved in a special veterans' court with a conviction on a misconduct charge.

His involvement in a booze-fueled brawl at a family gathering in 2014 also drew wide attention. Authorities did not file criminal charges in the incident.