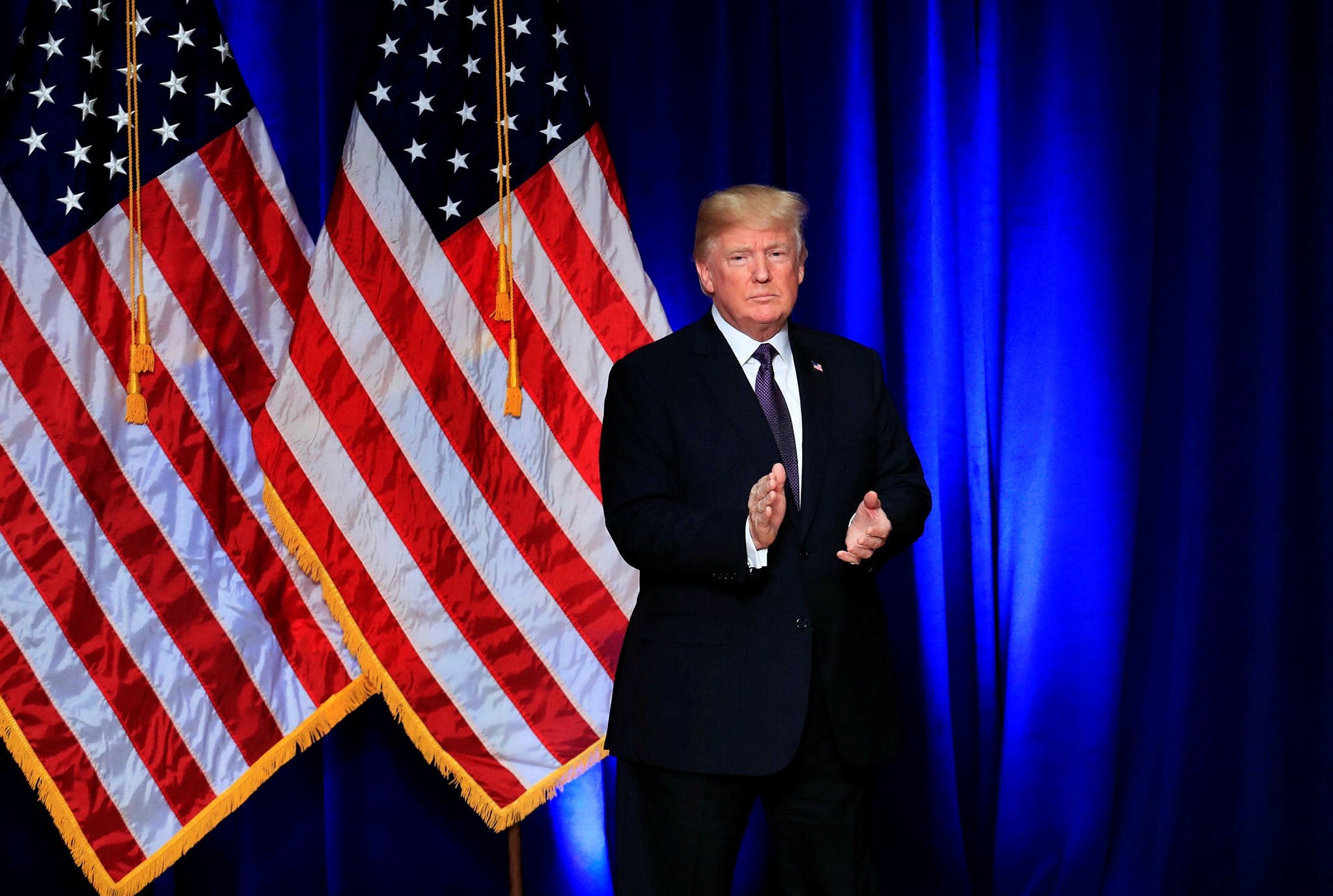 President Donald Trump on Wednesday hailed the adoption of a sweeping Republican tax cut plan as a "historic victory" for the American people.

The U.S. leader got his first major legislative win, with lawmakers giving final approval to the most sweeping tax cuts in a generation.

"We had a historic victory for the American people," Trump told reporters in a celebratory address from the White House Cabinet Room.

"We got it done," he added, thanking the Republican leaders in Congress, Mitch McConnell and Paul Ryan, by name. "We have a tremendous amount of talent."

At the event, Trump also invited his Housing and Urban Development Secretary Ben Carson to say a prayer for the assembled reporters and cabinet members -- during which Carson notably cited concerns about the national debt.

Eyeing the most important legislative victory in the 11 months since his inauguration -- after the stinging failure to repeal his predecessor's health care law -- Trump has demanded the bill reach his desk by Christmas.

The Senate passed the Republican bill in the wee hours and the House -- which already approved it on Tuesday -- was scheduled for a technical re-vote on the $1.5 trillion due to a procedural snag.

The deepest rewrite of the U.S. tax code in three decades provides dramatic tax breaks to corporations, and families at all income levels will see their tax drop -- in what Republicans hope will play to their advantage in next year's mid-term elections.

The tax plan also takes a key step towards dismantling Barack Obama's health reforms, by scrapping the individual mandate that requires nearly all Americans to have health insurance or pay a fine.

"We have essentially repealed Obamacare and we will come up with something much better," Trump declared.

Earlier Trump had tweeted out his praise for Senate Majority leader McConnell, congratulating him on a "fantastic job both strategically & politically on the passing in the Senate of the MASSIVE TAX CUT & Reform Bill."

"I could have not asked for a better or more talented partner. Our team will go onto many more VICTORIES!"