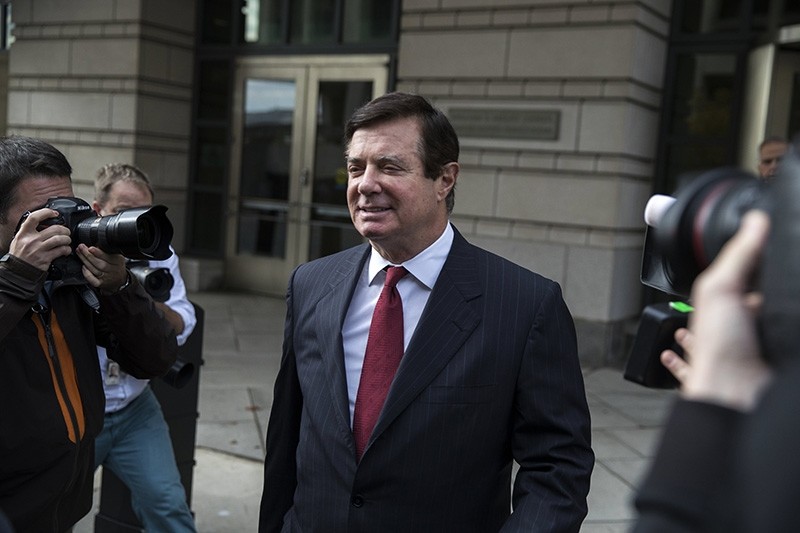 Former Trump Campaign Manager Paul Manafort gets into his car after a bond hearing at the E. Barrett Prettyman Federal Courthouse in Washington, DC, USA, Nov. 6, 2017. (EPA Photo)
by Daily Sabah with Wires Jan 03, 2018 12:00 am

President Donald Trump's former campaign chairman Paul Manafort is suing special counsel Robert Mueller and the Justice Department for allegedly exceeding their authority by investigating him for conduct unrelated to Russian interference in the 2016 presidential election.

Manafort's civil lawsuit, filed in U.S. District Court for the District of Columbia, named both Mueller and Deputy Attorney General Rod Rosenstein, who appointed Mueller in May and is tasked with overseeing the special counsel's operations.

It accused Rosenstein of exceeding his legal authority to "grant Mr. Mueller carte blanche to investigate and pursue criminal charges in connection with anything he stumbles across."

The lawsuit asked the court to have the case against Manafort dismissed. A spokesman for Mueller's office declined to comment.

Manafort was indicted in October and has pleaded not guilty.