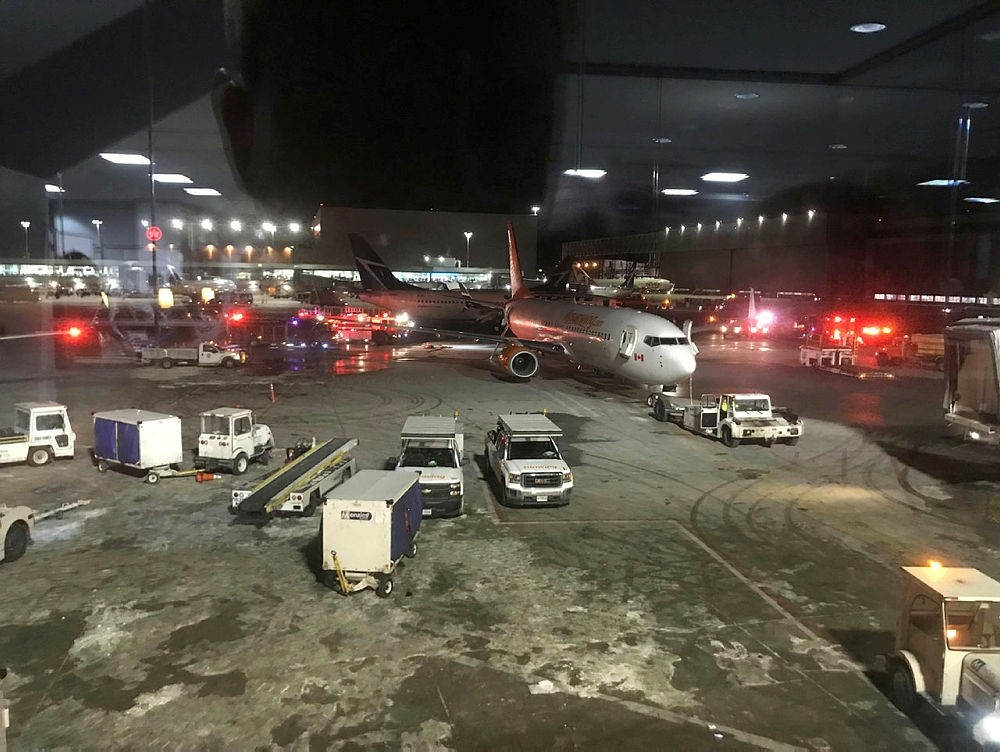 Passengers were forced to evacuate via emergency slides in the frigid cold on Friday night after two planes collided on the ground at Toronto's Pearson International Airport. No injuries have been reported.

WestJet said an inbound from Cancun, Mexico with 168 passengers and a crew of six was stationary and waiting to go to a gate when it was struck by a Sunwing aircraft moving back from a gate. 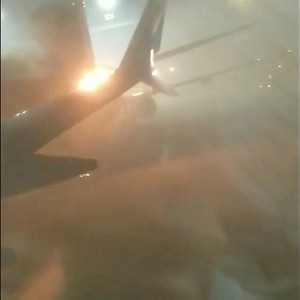 Video footage from the Westjet plane shows flames on the wing of the Sunwing plane. Passengers are heard screaming.

Spokeswoman Lauren Stewart said the WestJet passengers were evacuated from the aircraft via emergency slides and all were safely in the terminal and clearing customs shortly after the collision.

"Due to the position of the aircraft on the laneway, WestJet guests required evacuation via emergency slide. Emergency crews were on hand and responded immediately," Westjet said in a statement.

Sunwing said there were no crew members or passengers aboard its aircraft. It was being towed by the airline's ground handling service provider at the time of the incident.

Canada's Transportation Safety Board said it is investigating.