Trump says he is a ‘genius’ in defense of critical book, author says it will cost him US presidency 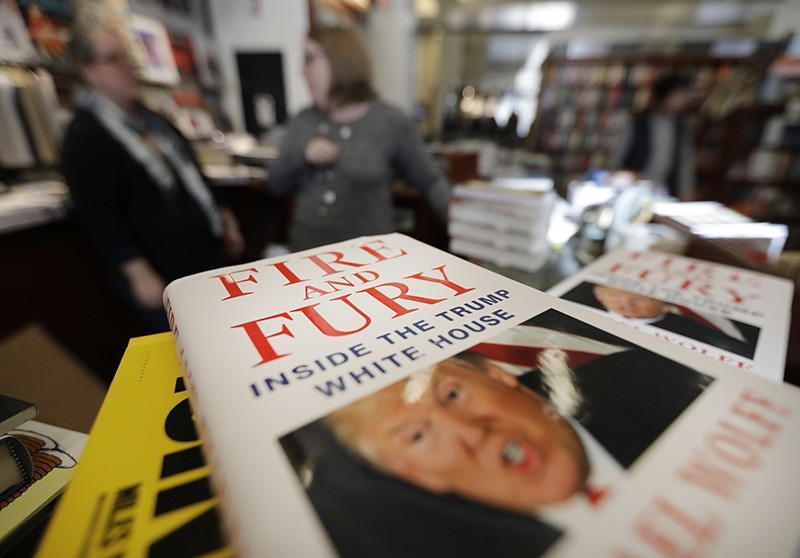 U.S. President Donald Trump described himself on Saturday as a "very stable genius", following the publication of a highly critical book questioning his ability to do the job, with its author claiming that it will eventually cost him the presidency.

"Actually, throughout my life, my two greatest assets have been mental stability and being, like, really smart," Trump said on Twitter.

"I went from VERY successful businessman, to top T.V. Star ... to President of the United States (on my first try). I think that would qualify as not smart, but genius....and a very stable genius at that!"

Michael Wolff's book "Fire and Fury: Inside the Trump White House" was an instant bestseller on Friday. The book, dismissed by Trump as full of lies, depicts a chaotic White House, a president who was ill-prepared to win the office in 2016, and Trump aides who scorned his abilities.

The author of a book that is highly critical of Donald Trump's first year as U.S. president said his revelations were likely to bring an end to Trump's time in the White House.

Michael Wolff told BBC radio that his conclusion in "Fire and Fury: Inside the Trump White House"-- that Trump is not fit to do the job -- was becoming a widespread view.

"I think one of the interesting effects of the book so far is a very clear emperor-has-no-clothes effect," Wolff said in an interview broadcast on Saturday.

"The story that I have told seems to present this presidency in such a way that it says he can't do his job," Wolff said.

"Suddenly everywhere people are going 'oh my God, it's true, he has no clothes'. That's the background to the perception and the understanding that will finally end ... this presidency."

Trump previously took to Twitter late on Friday to renew his attacks on Wolff, and on his former top aide Steve Bannon who was quoted in the book.

"Michael Wolff is a total loser who made up stories in order to sell this really boring and untruthful book," Trump said. "He used Sloppy Steve Bannon, who cried when he got fired and begged for his job. Now Sloppy Steve has been dumped like a dog by almost everyone. Too bad!"

In his interview with the BBC, Wolff was asked if he believed that Bannon felt Trump was unfit to serve as president and would try to bring him down. "Yes," Wolff replied.

He also hit back at claims that the book was untruthful.