Bannon backs away from his published criticism of Trump's son 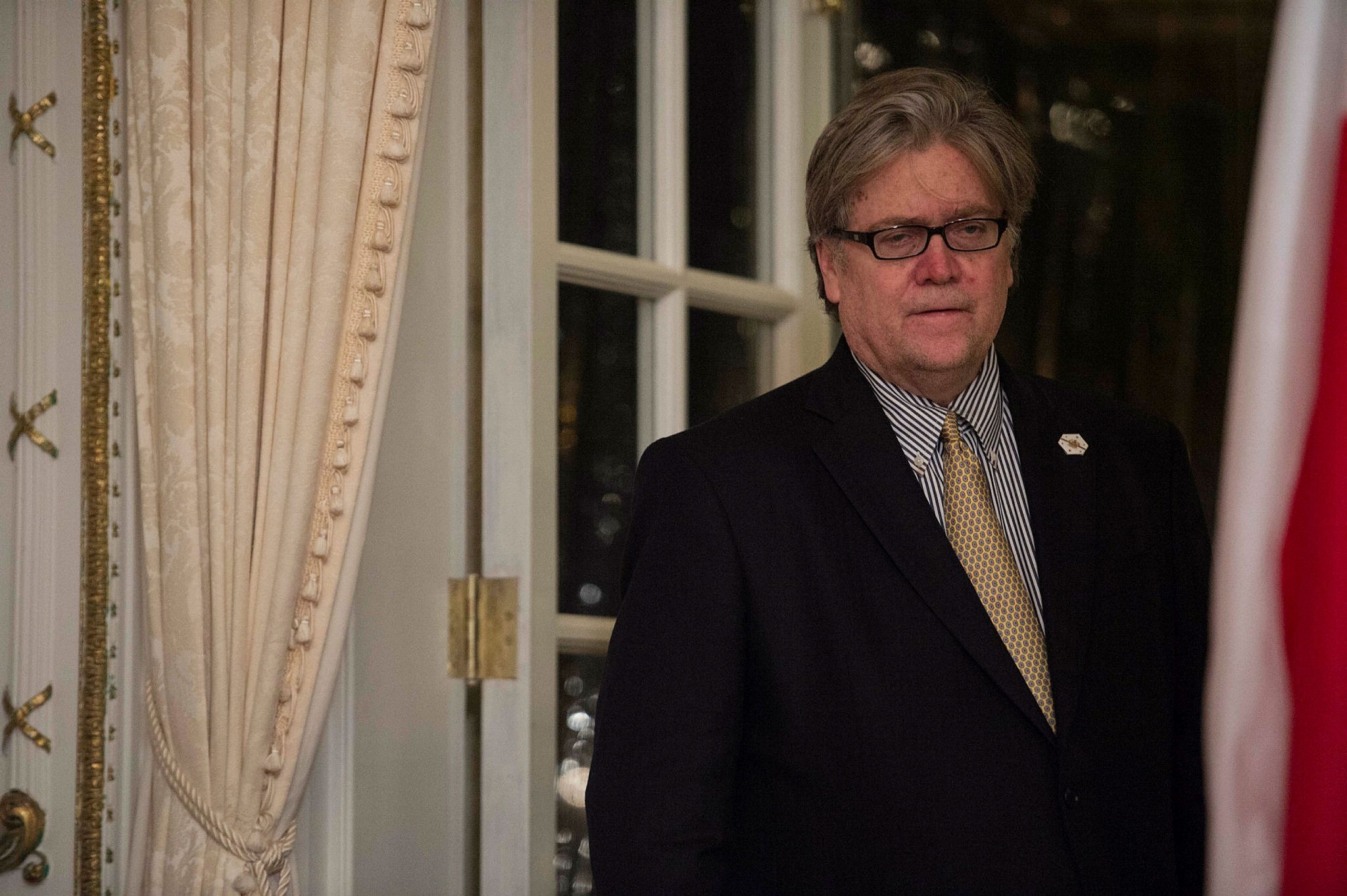 Former Donald Trump adviser Steve Bannon, a target of White House wrath over an explosive new book that paints a harsh picture of the president, issued a statement Sunday expressing "regret" and underscoring his "unwavering" support for Trump.

But Bannon's statement to the Axios news website -- a response to the book "Fire and Fury" by Michael Wolff, who quotes Bannon extensively -- did not specifically deny any of his reported comments, nor did it contain a forthright apology for his part in touching off the buzzsaw of criticism spawned by the book.

One of the more incendiary passages in the instantly bestselling book was a quote, attributed to Bannon, that a pre-election meeting involving son Donald Trump Jr. and a Russian lawyer was potentially "treasonous."

Bannon was also quoted as saying of the prosecutors investigating possible collusion between the Trump campaign and Russia: "They're going to crack Don Junior like an egg on national TV."

In his statement, Bannon, who was a senior Trump adviser until he was ousted in August, said: "Donald Trump Jr. is both a patriot and a good man. He has been relentless in his advocacy for his father and the agenda that has helped turn our country around."

Bannon said his comments about the meeting were influenced by his service as an officer on a naval destroyer tasked with hunting Soviet submarines during the Cold War.

His criticism, Bannon added, was aimed at onetime Trump campaign chairman Paul Manafort, "a seasoned campaign professional" who "should have known (the Russians) are duplicitous, cunning and not our friends."

The closest Bannon comes to an apology is saying, "I regret that my delay in responding to the inaccurate reporting regarding Don Jr. has diverted attention from the president's historical accomplishments."

The White House has turned its fire on Bannon since excerpts from the book came out last week.

Trump has taken to calling him "Sloppy Steve," tweeting on Friday that Bannon "cried when he got fired and begged for his job."

And Trump adviser Stephen Miller, speaking Sunday on CNN, called Bannon "vindictive" and "out of touch."