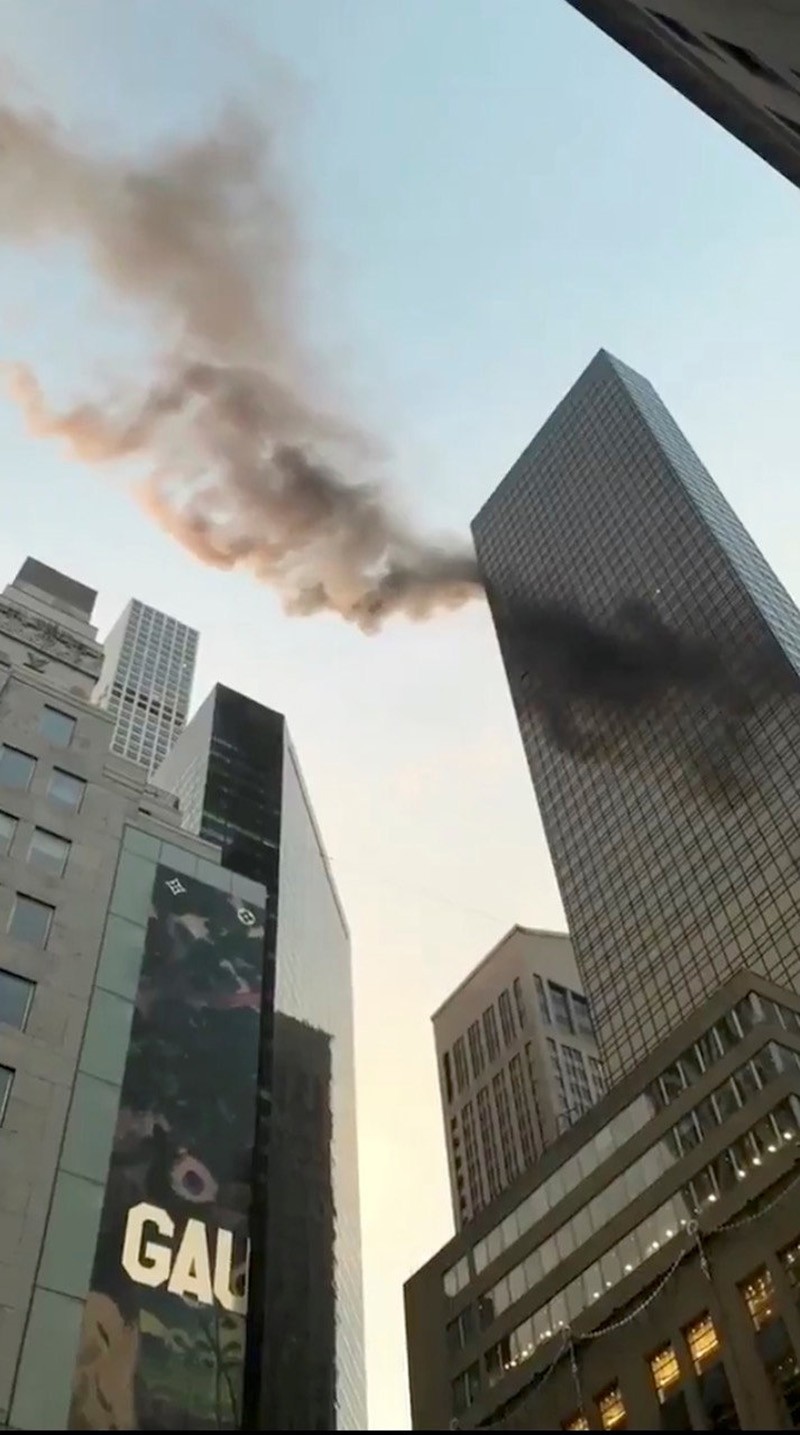 Two people were injured, one seriously, in a fire at Trump Tower in Midtown, Manhattan on Monday morning, the New York Fire Department said.

The fire department says it was called there around 7 a.m. Monday for a report of a fire on the top floor.

Eric Trump, son of the U.S. President, tweeted: "There was a small electrical fire in a cooling tower on the roof of Trump Tower."

He praised the quick action of the fire crews, whom he called "heroes."

There was a small electrical fire in a cooling tower on the roof of Trump Tower. The New York Fire Department was here within minutes and did an incredible job. The men and women of the #FDNY are true heroes and deserve our most sincere thanks and praise! https://t.co/xuTmq1GBbj

U.S. President Donald Trump was in Washington at the time.

About 84 firefighters were at the scene initially. A few remained on the roof about an hour later.

Many social media users shared pictures of smoke billowing from one corner of the high-rise for a while before most of it dissipated.

Seems to be a fire at Trump Tower in midtown Manhattan pic.twitter.com/7gEEi2ONGf