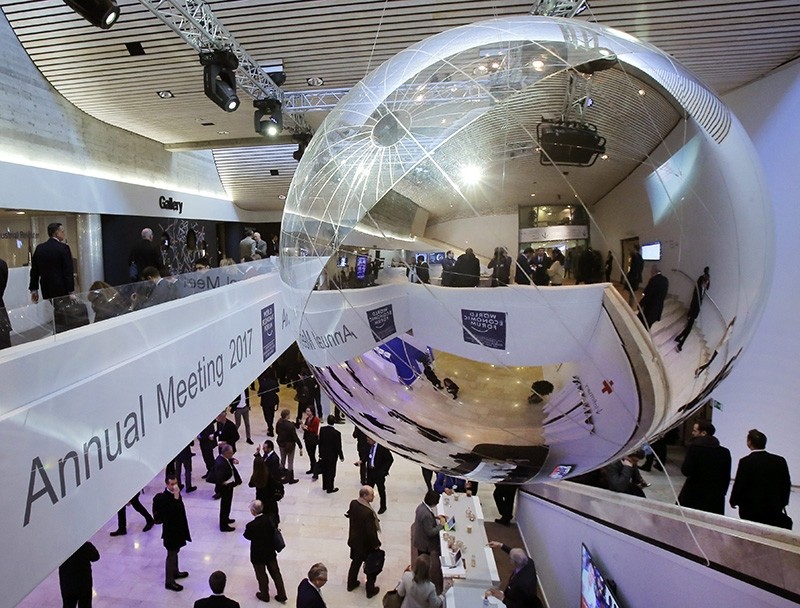 Donald Trump will take his populist message directly to the world's business and financial elite later this month, becoming the first U.S. president to attend the World Economic Forum in Davos in 20 years.

Trump -- who ran for president on a nationalist "America First" platform -- will mingle at the annual Alpine festival of globalism in Switzerland, and perhaps offer a few views of his own, the White House said.

The annual gathering is scheduled for Jan. 23-26, with the theme "Creating a Shared Future in a Fractured World."

"At this year's World Economic Forum, the president looks forward to promoting his policies to strengthen American businesses, American industries and American workers."

A string of U.S. presidents have avoided attending the annual upscale event, fearing a trip to a European ski resort would make them look out of touch.

Trump would be the first sitting U.S. president to attend the summit in person since Bill Clinton in 2000. Then-Vice President Joe Biden attended last year.

The gathering might seem antithetical to Trump's brand of politics, but the White House insists his message will be the same surrounded by chalets as it would be in Washington.

Trump, a real estate mogul-turned-president, has rarely shied away from the rich and famous, but may have additional geopolitical incentive to attend.

Last year, the forum was dominated by the appearance of Chinese President Xi Jinping.

Xi became the first Chinese leader to go, picking up the mantle of defender of free trade and globalization in the face of Trump's protectionist rhetoric.

"No one will emerge as a winner in a trade war," Xi warned, fueling a sense of rapidly growing China stepping into a space vacated by the United States.

During a decades-long spending spree, China has bankrolled infrastructure projects from Sri Lanka to Zambia, often earning political influence in the process.

Last year, the Trump administration was represented by informal emissary Anthony Scaramucci, who challenged Beijing to match words and deeds.

Firms were also quick to point out the gap between Xi's rhetoric and the realities of doing business in China, which is a frequently tortuous affair.

But it is unclear how Trump's pitch for "America First" trade will play among the disciples of a global rules-based order.

Since coming to office in January 2017, Trump has ripped up or sought to renegotiate a series of trade pacts that underpin global commerce.

It is not yet clear when precisely Trump will attend.