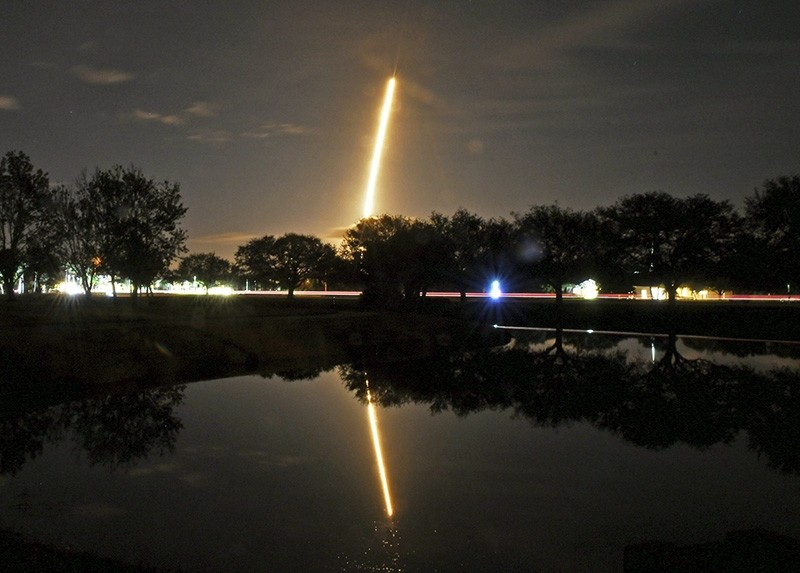 In this image made with a long exposure the SpaceX Falcon 9 rocket launches from Cape Canaveral Air Force Station as seen from in Viera, Fla. (Tim Shortt/Florida Today via AP)
by Jan 09, 2018 12:00 am

A U.S. spy satellite that was launched from Cape Canaveral, Florida, aboard a SpaceX rocket on Sunday failed to reach orbit and is assumed to be a total loss, two U.S. officials briefed on the mission said on Monday.

The classified intelligence satellite, built by Northrop Grumman Corp, failed to separate from the second stage of the Falcon 9 rocket and is assumed to have broken up or plunged into the sea, said the two officials, who spoke on condition of anonymity.

The satellite is assumed to be "a write-off," one of the officials said.

The presumed loss of the satellite was first reported by the Wall Street Journal.

An investigation is under way, but there is no initial indication of sabotage or other interference, they said.

SpaceX spokesman James Gleeson said: "We do not comment on missions of this nature; but as of right now reviews of the data indicate Falcon 9 performed nominally."

Space Exploration Technologies Corp, led by entrepreneur Elon Musk, launched its first satellite for the U.S. military with its Falcon 9 rocket in May of last year.