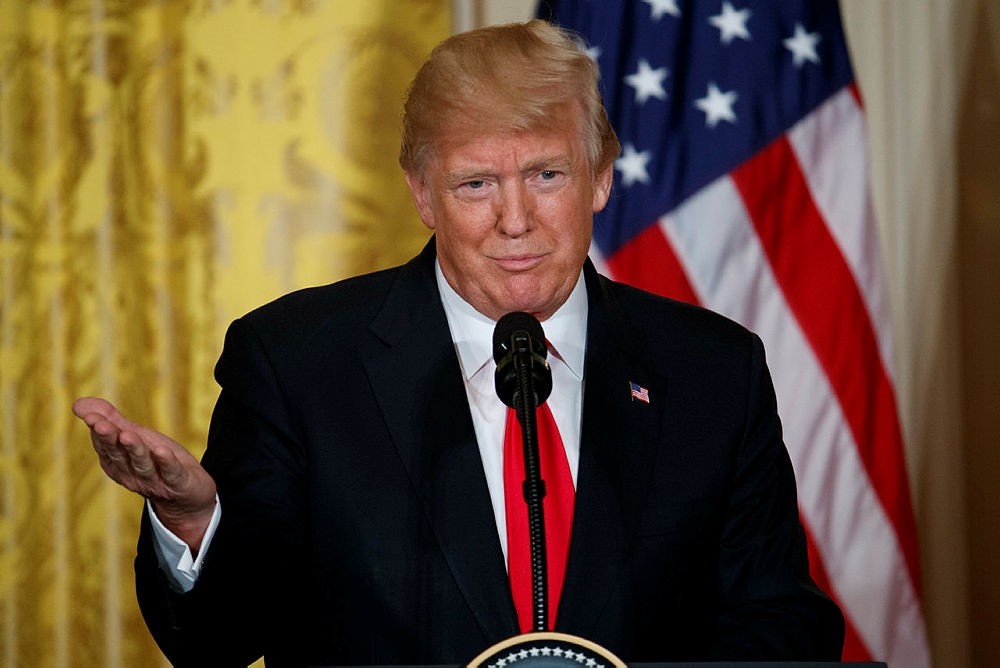 President Donald Trump speaks during a news conference with Norwegian Prime Minister Erna Solberg in the East Room of the White House, Wednesday, Jan. 10, 2018, in Washington. (AP Photo)
by Compiled from Wire Services Jan 11, 2018 12:00 am

President Donald Trump said on Wednesday that the United States could "conceivably" return to the Paris climate accord, although he stopped short of signaling any move in that direction.

"So we can conceivably go back in," added the president, who pulled out of the 2015 accord on curbing global warming emissions last June.

'Who knows where it leads?'

President Donald Trump on Wednesday also welcomed the possibility of U.S. talks with North Korea but said it was far from clear whether they would pay dividends.

"Who knows where it leads?" Trump told reporters as he met members of his Cabinet at the White House.

The White House said earlier that Trump told South Korean President Moon Jae-in that the United States was willing to talk to North Korea at the appropriate time and under the right circumstances.

"Hopefully it will lead to success for the world, not just for our country, but for the world. And we'll be seeing over the next number of weeks and months what happens," he said.

The rhetoric was a complete 180 degree turn from his earlier comments back in August, in which he vowed that he would not talk to Kim Jong Un, saying "talking is not the answer!"