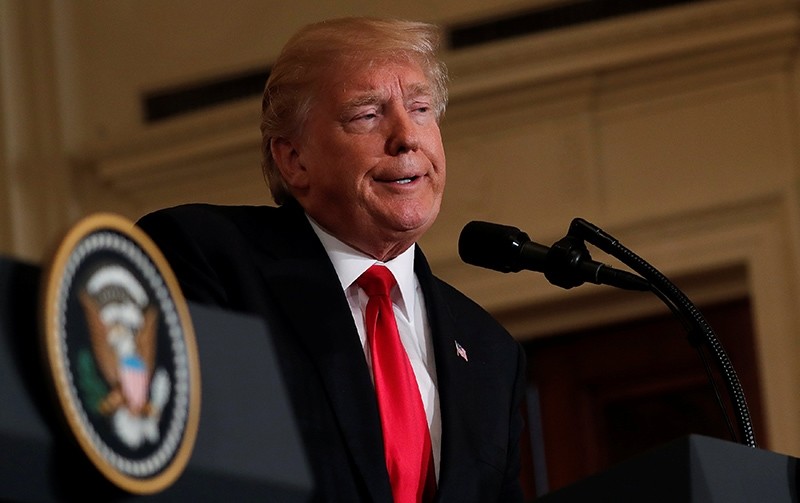 U.S. President Donald Trump canceled a visit to London scheduled for early this year, saying he was disappointed with the "Obama administration having sold" the U.S. embassy in the U.K. capital.

"(The) reason I canceled my trip to London is that I am not a big fan of the Obama Administration having sold perhaps the best located and finest embassy in London for 'peanuts,' only to build a new one in an off location for 1.2 billion dollars," Trump said in a tweet late on Thursday.

However, the embassy website showed that the decision to move the location was taken months before Barack Obama took office in January 2009.

The U.S. Embassy & Consulates in the U.K. said in October 2008 the embassy would be relocated for security reasons.

As recently as Jan. 7, British Prime Minister Theresa May reiterated that a state visit is still planned, saying "Trump is coming to the U.K."

The Daily Mail earlier reported the cancellation of Trump's U.K. visit in which he was expected to inaugurate the new embassy.

Activists have promised mass protests against Trump if he visits, while MPs are "determined not to give the president the opportunity to address parliament," the Guardian reported.

Several high-profile British politicians, including London mayor Sadiq Khan, called on May to retract Trump's invitation to the U.K., following the U.S. president's attacks against Britain on Twitter.

The United States is leaving behind an imposing 1960 stone and concrete embassy in London's upmarket Grosvenor Square — an area known as 'Little America' during World War Two, when the square also housed the military headquarters of General Dwight D. Eisenhower.

The new embassy on the South Bank is a veritable fortress set back at least 100 feet (30 meters) from surrounding buildings — mostly newly-erected high-rise residential blocks — and incorporating living quarters for the U.S. Marines permanently stationed inside.

The $1 billion construction, overlooking the River Thames, was wholly funded by the sale of other properties in London.