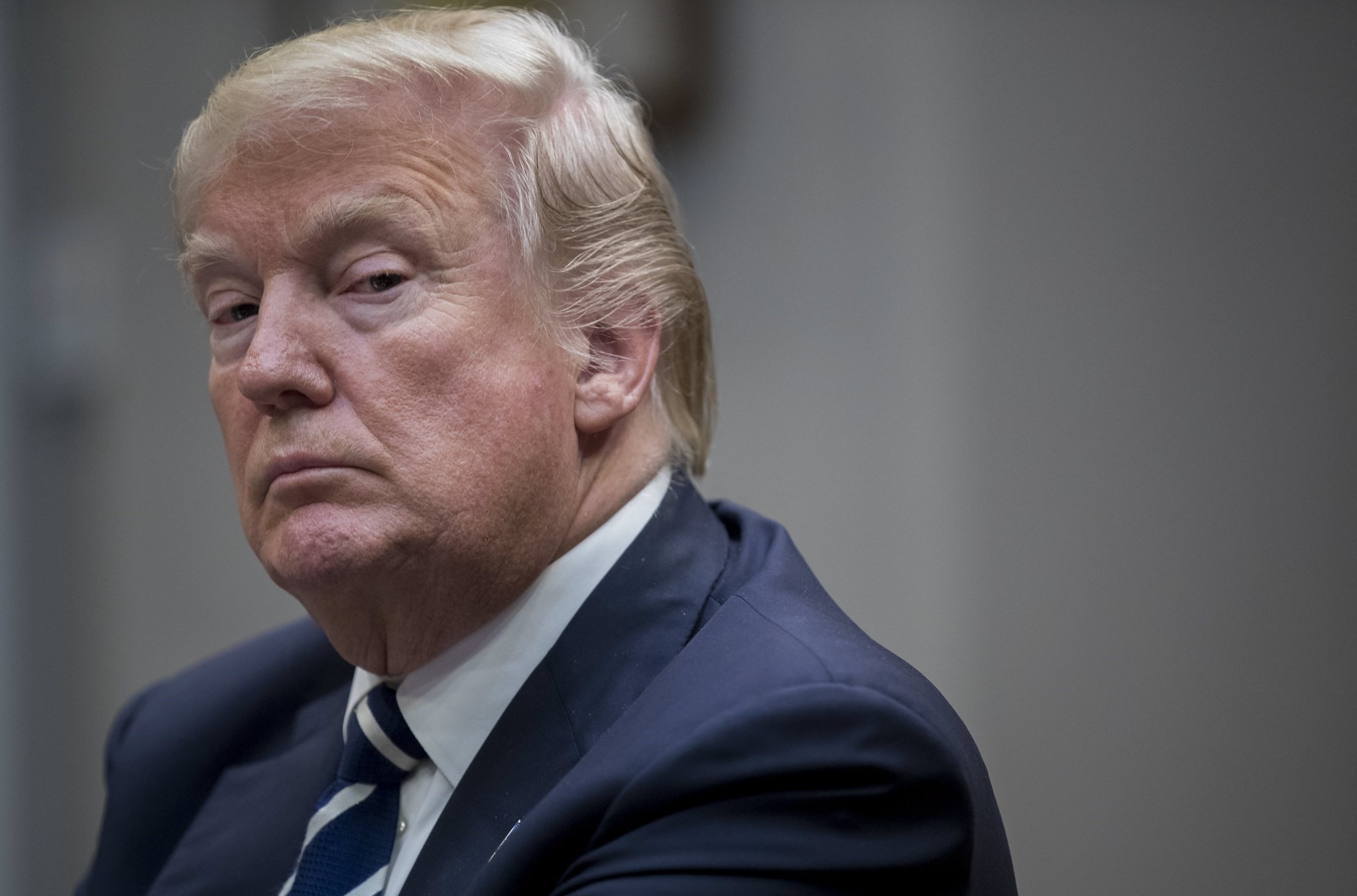 US President Donald Trump delivers remarks during a prison reform roundtable in the Roosevelt Room of the White House in Washington, DC, January 11, 2018. (EPA Photo)
by Compiled from Wire Services Jan 12, 2018 12:00 am

Trump on Thursday questioned why the United States would want to have immigrants from Haiti, El Salvador and African nations, referring to some as "shithole countries," according to two sources familiar with the comments.

The White House has not disputed the report.

"There is no other word one can use but 'racist'," U.N. human rights spokesman Rupert Colville told a Geneva news briefing when asked about the comments. "You cannot dismiss entire countries and continents as 'shitholes', whose entire populations, who are not white, are therefore not welcome."

"If confirmed, these are shocking and shameful comments from the President of the United States," Colville added.

"Ours is not a shithole country, neither is Haiti or any other country in distress," Jessie Duarte, the deputy secretary general of the ANC, said at a news conference in South Africa's Eastern Cape province, adding that the comments were extremely offensive to South Africa.

"It's not as if the United States doesn't have problems. There is unemployment in the U.S., there are people who don't have healthcare services," Duarte told reporters.

She added: "We would not deign to make comments as derogatory as that about any country that has any kind of socioeconomic or other difficulties."

The African Union also blasted Trump for his profane comments about African countries and other nations, and recalled in a statement the United States' history of bringing in slaves from the continent.

Responding to the remarks, AU spokeswoman Ebba Kalondo reminded Trump that many Africans "arrived in the United States as slaves," adding that Trump's profane statement "flies in the face of all accepted behavior and practice."

She described the U.S. as "a global example of how migration gave birth to a nation built on strong values of diversity and opportunity."

In her statement, Kalonda said the African Union and its partners would continue to address the causes of migration while also fighting against racism and xenophobia.

Others responded to the derogatory slur with humor.

"Good morning from the greatest most beautiful 'shithole country' in the world!!!" Leanne Manas, a news anchor for South Africa's SABC broadcaster, wrote on Twitter.